The Future by Design 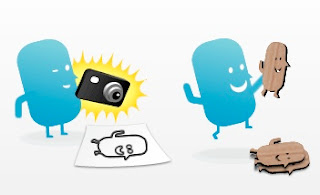 I'm a big fan of Econtalk and Clay Shirky so I was delighted when the latest Econtalk podcast featured an interview with Shirky. It's a great introduction to his thinking if you're not familiar with it already - coupled with a gentle grilling by host Russ Roberts which hones in on the economic implications of Shirky's insights.

The most interesting point came towards the end of the interview when Roberts asked Shirky what he thinks might be next after Wikipedia, Linux, Flikr and the like. Shirky's answer seemed a bit banal until I thought about it afterwards. Essentially he foresees the emergence of what he calls a new form of incorporation - or a legal licence for collective action. In other words the evolution of virtual companies: without the physical infrastructure of a head office, full time management or any of the usual overheads ... Apparently there's a rush on in the United States for the first State to legislate for such an entity. Opportunity for Ireland Inc there perhaps? We used to do that sort of thing - before we started obsessing about land and buildings and property and stuff.

The essence of Shirky's thesis is that the rationale for large organisations - that it's cheaper to insource certain tasks rather than outsource them - is being undermined by the net. He may be right. One delightful example of how the web is changing the way we do things is Photomake from Ponoko (HT to the always inspiring Springwise for the story). It's a service whereby you can draw your own design (say for jewellery), take a photo of it and upload it to the Ponoko site. They will then desktop manufacture it from one of a range of materials and mail it back to you.

It's also a great example of Shirky's idea of the cognitive surplus, i.e.: what happens when people are released from their half time job of watching television (the average time per adult in the West is 20 hours a week, or about half the time spent working). They start to create things like Linux and Wikipedia - and, er, blogs.

Looks like we'll get to design our own future. I'm cool with that.
Posted by Gerard O'Neill at Wednesday, October 22, 2008