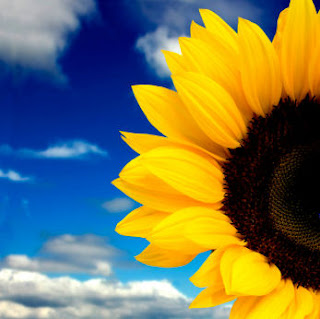 The first is straightforward: the Government should be locking in oil futures at present low prices for the 3-5 years time as the current weak price will not last. We have a temporary fall in price due to weakening global demand: but 'normal' pressures will be resumed once recovery sets in. By normal I mean rising oil prices against a worrying background of supply shortages and shocks. The Financial Times reported yesterday that a failure to invest in oil exploration and production could see global oil output falling by 9.1% a year. They were reporting on a forthcoming International Energy Agency report on the outlook for the energy sector. Interestingly, the IEA subsequently denied that they were intending to produce any such analysis.

An additional aspect of the energy window of opportunity we now face is that it will be an awful lot cheaper to build the kind of infrastructure necessary to support our energy security. Not only in terms of East-West interconnectors but also in terms of grid expansion, renewable energy generation capacity and, eventually, nuclear power. Land, labour and materials will all be a lot cheaper for some time to come - access to capital via PPP initiatives involving Government co-funding should sort the financial hurdle.

So much for energy security: the bigger story is that of energy entrepreneurship. Forfás yesterday published a clear and realistic guide to the the potential for Irish businesses in the expanding Environmental Goods and Services (EGS) sector. If you're in a hurry just go to Appendix 1 on page 35 of the pdf for a straightforward assessment of the potential and prospects for Irish businesses in the various sub-sectors: a market worth €2.8 billion already.

Technology is going to play a key role our energy future - not just ECG related but also IT: as explored in a superb report on Climate Futures from the Forum for the Future which looks at scenarios out to 2030. I especially like the report's focus on the role of markets - usually seen as barriers rather than enablers by too many environmental activists. Here's their take:

Some of the strongest objections to addressing climate change have been that we will constrain markets, and hence our freedom, at too high a cost. People have feared that climate change was a cover for rolling back the market reforms of the last decades. But in our scenarios, liberal market-based solutions seem much less attractive as time goes on than statist responses. This puts a different light on how to defend freedoms from market reforms. Advocates of liberal markets should act as soon as possible, pushing for a global agreement with teeth, national measures that use financial incentives, and the removal of market distortions that encourage unsustainable and wasteful resource use. The result may be a more constrained market system than today, but the long-term alternative could be a desperate turn to big government and protectionism.

We need more of this kind of thinking, and analyses like those of Forfás, if we are to fully exploit the energy window now opening. I just hope short term squabbles about the Budget don't derail the kind of measures we need to take and soon. The window will only be open for a short time.
Posted by Gerard O'Neill at Thursday, October 30, 2008