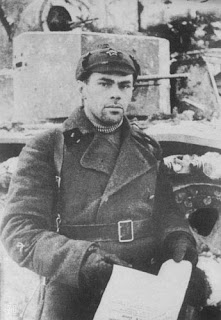 I watched TG4's fascinating documentary on Soviet na hEireann the other night. It provided remarkable insights into a time that has almost been erased from Irish history. For example, I knew about the Limerick Soviet, but I hadn't realised there were dozens of others throughout the country at the time!

Watching it I was thinking how long ago it seemed and how quaint the nostalgia for Ireland's failed Bolshevik revolution evinced by some of the contributors. So I was more than a little disturbed to learn today that the Irish Government has just appointed 20 Political Commissars in the six banks covered by the Credit Institutions (Financial Support) Act 2008 that they've all had to sign today.

Back in the Soviet era, the role of Commissars was to be the Party's eyes and ears in the military and wider society. The Financial Regulator assures us that his new cadre of Officers will be the eyes and ears of the Government, to put manners on Irish banks. None of whom have received a cent from the Irish taxpayer, by the way.

We live in dangerous times - and I don't just mean in terms of economic uncertainty. We now have the Government running the financial sector - and restricting the freedom of banks to respond to the needs of their customers as they see fit on behave of their shareholders. As one commentator has noted about the nature of Government intervention in the United States:

In moments of rhetorical enthusiasm, freedom lovers often declare that the love of liberty cannot be stamped out. They are wrong. It can be, and it has been. For most people, however, no stamping is required. All that is necessary is that people, whether they approve or not, be made subject to extraordinary government powers, which are always justified by the supposed dangers of the moment. Keep people in this condition for a few years, and most of them will accommodate themselves to it, first in their actions and eventually in their thinking, as well. After a while, they will have lost not only their old liberties, but also their yearning to be free.

We live in extraordinary times - we need to be extraordinarily vigilant for liberty's sake.
Posted by Gerard O'Neill at Friday, October 24, 2008