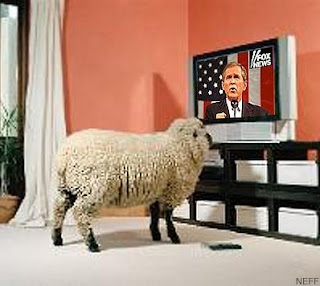 Let's get back to basics: why do we have taxes? The nice answer, that we learn in school, is that the Government needs taxes in order to provide all the services we expect of Government. Hospitals, schools, policing etc. Who could argue with that? The problem, of course, is that our taxes don't just pay for teachers, nurses and gardai: they also pay for all the public sector managers, administrators, quangos and their growing number of retired predecessors.

Let's face it: if you were going to start from scratch and design a system of taxation and spending to meet the consensus needs of the citizens of Ireland then you wouldn't end up with what we've got. Nor would it cost so much - in fact, it would cost a great deal less. But governments don't do zero-based budgets. Instead they tend to take what they spent last year, then add a little (or a lot) for their plans and commitments this year, and subtract a little (though rarely a lot) for any spending or tax reductions they think they can implement this year. That's the Budget process in a nutshell.

This year the Government has been caught out by a) the global economic downturn and b) our very own, home grown recession. So it has had to come with an extra €2 billion in taxes (on top of what it was previously expecting), a process described as follows by the Minister for Finance in his Budget speech:

In the next year, close to €2 billion in tax revenue must be raised to keep within the fiscal targets set out earlier. If the current economic circumstances deteriorate, it may be necessary to make some equally difficult tax choices next year.

€2 billion is a very substantial amount of money to seek in any one year, but circumstances are such that there is no option. In raising this sum, the Government has been guided by three essential principles:

The Government is concerned that some of the more expensive tax reliefs, especially for the better off, should be scaled back and the resources used, as appropriate, to protect those taxpayers who are most vulnerable in these times. It is fair and reasonable that those who profited most from the recent good economic times should shoulder a commensurate burden as conditions worsen.

You understand, I'm sure, that 'those who profited most from the recent economic good times' is you and me. Not, of course, those civil servants who have enjoyed extraordinary rises in their pay and conditions, as well as the most generous public sector retirement packages in the world. Whilst private sector workers have seen their pension entitlements reduced to ash in the recent financial fire storm, public sector workers had theirs increase by 2.5% only last month (on top of all the previous increases).

Which is where I have a problem with all this guff about 'burden sharing' in the Minister's speech, and the smash and grab on people's salaries through the tax levy of 1-2% that he announced. The public sector's 'share' of the burden comes in the form of deferred pay rises; the private sector's comes in the form of unemployment. In the public sector, reality is optional. In effect the Minister has decided to outsource the recession - because he can. When a business gets into trouble the people who pay are the directors, employees and shareholders. When a government gets into trouble then everybody else pays.

I'm all for 'commensurate burden sharing' when the times require it, but after years of binge government I find it a bit rich to be told that we the nation's taxpayers are expected to hand over more of our increasingly hard earned incomes to the people who, more than most, got us into this mess in the first place.

What we need, as a sovereign people willing to share the burden, is to renegotiate the contract with the public sector, to end the insane tax-funded pension scheme they enjoy, and adopt the same hire and fire flexibility that is taken for granted in the private sector. In the words of Minister Lenihan, 'It is fair and reasonable that those who profited most from the recent good economic times should shoulder a commensurate burden as conditions worsen'. I entirely agree - let's start the negotiations.

But I doubt if it will happen, some how. The Irish people seem hypnotised by the public sector - lacking the critical voice of an organisation like the UK's Taxpayers' Alliance. So we will continue to put up with the same nonsense year after year, earning ourselves the epithet of 'sheeple'.
Posted by Gerard O'Neill at Wednesday, October 15, 2008