In Praise of the Middleman (& woman) 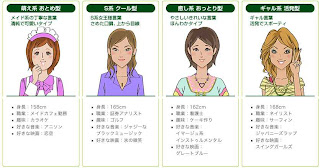 The usually good Econtalk podcast series has excelled itself in the latest interview with Mike Munger on the economics of the middleman. Middlemen have been generally despised down through the ages, all they do - to quote Munger - is buy cheap and sell dear without changing or adding to the products they sell. Profit for nothing surely?

But just as there's no such thing as a free lunch, there's no such thing as pure profit. Everyone has their costs, even middlemen - who down through the ages have been the backbone of trade and exchange between tribes, nations and continents. We're all a lot better off for their 'useless' activities. The interview is a great primer by the way on the economist's way of thinking: which often flies in the face of 'commonsense' and 'conventional wisdom'.

Russ Roberts' interview with Munger takes an interesting segue into the recent financial turmoil and the role of middlemen in the credit crunch. Not all middlemen, and not all of their activities, are by themselves necessarily benign. Though they are usually. That hasn't stopped the development of an entire business practice dedicated to cutting out the middleman, it's called disintermediation. Yet often businesses that try to cut out the middle man discover that they underestimated the importance of the middleman - especially when it comes to superior knowledge about the factors influencing the supply of and demand for the products they 'mediate'. The podcast gives several examples of such failures, including dotcom failures such WebVan.

Curiously, it seems to me that the web may well herald the triumph of the middleman rather than his demise. Or should I say her demise. You only have to look at Japan (where else?) where interesting new web innovations provide intermediary services previously provided directly: such as virtual wives. No, not what you think - rather a virtual wife (or 'metabo' fighter) who nags you about that spare tyre around your belly and who reminds you (four times a day by email) to eat the right things and do more exercise. It might just be too much to bear, but at least you do get to choose from one of four wives.

Perhaps it is finally time for the middleman to make way for the middlewoman. And why not?
Posted by Gerard O'Neill at Monday, November 03, 2008