The Politics of Scarcity 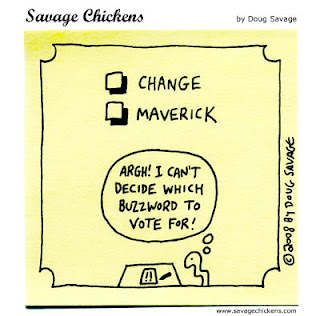 I had an interesting discussion over lunch with a group of Irish business people (and one American). On the day that's in it we got to discussing the US Presidential election and the likelihood that Obama will win. What I found curious about the discussion was the assumption that the election of a particular individual to the position of President would herald extraordinary change brought about by the will of one individual. I don't buy it.

I do share the more-or-less universal desire to see the end of the Bush era and its horrors - foreign and domestic. But while I can buy the idea that a President can do enormous harm, evil even, I'm not so convinced about the converse. I think part of the great narrative fallacy that drives the United States is the idea that one individual as President can bring about extraordinary, positive change. We've been told the story so often by Hollywood (wasn't Morgan Freeman the first black President?) that many of us believe it. But it isn't true.

Which is why there is an interesting debate about whether to vote or not in today's election. Mostly among economists with a libertarian bias it seems. Arguments against voting range from the 'one vote won't make a difference' school of public choice economics (politics without romance as they call it). Others go further, and argue 'why vote when it will be taken as consent for whatever the next president does': not so much anti-democratic as anti-statist. I'm not so convinced myself: I think by voting you get to have your say (sort of) and to demand better of those you elect when they (inevitably) screw up.

But most people will vote, and the likelihood as I write is that Obama will be the first post-baby boomer President (he's two years younger than I am: a sobering thought!). But (relative) youth creates its own challenges, as David Brooks observes:

Raised in prosperity, favored by genetics, these young meritocrats will have to govern in a period when the demands on the nation’s wealth outstrip the supply. They will grapple with the growing burdens of an aging society, rising health care costs and high energy prices. They will have to make up for the trillion-plus dollars the government will spend to avoid a deep recession. They will have to struggle to keep their promises to cut taxes, create an energy revolution, pass an expensive health care plan and all the rest.

... In the next few years, the nation’s wealth will either stagnate or shrink. The fiscal squeeze will grow severe. There will be fiercer struggles over scarce resources, starker divisions along factional lines ...

... We’re probably entering a period, in other words, in which smart young liberals meet a stone-cold scarcity that they do not seem to recognize or have a plan for.

The sins of the fathers, indeed. Which makes me think that whomever is elected President faces only two prospects: dissapointment or disaster. I hope for all our sakes its just the former.
Posted by Gerard O'Neill at Tuesday, November 04, 2008