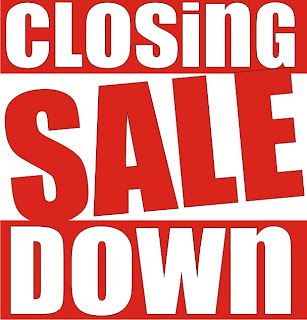 BBC Newsnight had a special feature on the demise of Woolworths in the UK. One of the contributors forecast at least another 10-12 major high street retailer closures over the next 12-18 months. The Newsnight programme posed the question - if we rescue the banks, then why not the retailers?

Arguably, of course, the 'multiplier' contribution of financial services to the economy is a great deal bigger than that of retailing. All businesses need financial services - but they don't all need retail/wholesale services. I say 'arguably' - when there really shouldn't be an argument - because the continuing evidence of constrained lending by banks and financial institutions might just call their role and wider economic value into question. As Willem Buiter colourfully puts it:

Small and medium enterprises rely overwhelmingly on banks for external finance. Without access to bank loans, credit lines and overdraft facilities, countless SMEs that would be perfectly viable with a functional financial and banking system are threatened with bankruptcy. Without working capital, businesses go out of business. Banks are essential. But they are not lending.

... What is to be done? Banks that don’t lend to the non-financial enterprise sector and to households are completely and utterly useless, like tits on a bull. If they won’t lend spontaneously, it is the job of the government to make them lend. Banks have no other raison d’être.

He's right of course. We only need banks for so long as they're prepared to behave like banks. Otherwise let's use taxpayers' money to support more useful industries (or better still - give it back to the taxpayer to decide what to do with their own money).

Perhaps the credit crunch will lead us to have a more sensible view on the value of financial services to the economy. One in which financial services play a smaller part, not a larger part in future. As noted recently on the blog Naked Capitalism:

The idea that the needs of the financial sector can trump those of the productive sector are dangerous and destructive to our collective well being, and need to be combatted frontally.

Whether retailing counts as 'productive' is another matter (I don't think it does - but that doesn't mean it has no value). Nevertheless, I don't think banking and financial services will ever be held in the same high esteem - or judged so readily to be beneficial to the economy - as before. And that's probably not a bad thing. Though of little consolation to cash-strapped retailers unfortunately.
Posted by Gerard O'Neill at Thursday, November 27, 2008