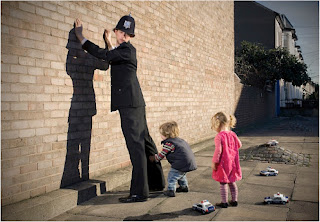 I have a soft spot for socialists. Honestly. I used to be one myself - in the tradition of "if you're not a socialist before you're twenty five you haven't got a heart; if you're still a socialist after twenty five you haven't got a head". But ever since I started running my own business (or, if you prefer, expropriating the surplus value of the alienated proletariat) I've had a somewhat different perspective on things.

At some stage for many of us there is a dawning realisation - of the 'take the red pill' variety - that the state is not a benign parent out to guide us on the path to happiness, but rather it is an organisation driven by its own survival with occasional gestures to keep the rest of us happy. Gestures like tax cuts and spending increases (no lobby left behind etc). And yes, The Matrix is one of my all time favourite movies.

But not everybody experiences this realisation. They are victims of what Dan Klein calls The People's Romance (pdf) - the idea that, because we participate in elections, then we all share in the power that goes with government. Socialists are especially vulnerable to this romance. If only 'our guy' is in power then we'll get the policies we want and heaven on earth will be established - guys like Obama (bet all his supporters really wanted Hillary as Secretary of State, right?)

Socialists strike me as being a bit like the character Cypher in The Matrix: he preferred the pleasant illusions of the matrix to the harsh realities of freedom. And for that reason socialism has a big future ahead of it, for as James Buchanan observes (pdf):

If we loosely describe socialism in terms of the range and scope of collectivized controls over individual liberty of actions, then “socialism” will survive and be extended. This result will emerge not because collectivization is judged to be more efficient, in some meaningful economic sense, or even because collectivization more adequately meets agreed upon criteria for distributive justice, but rather because only under the aegis of collective control, under “the state”, can individuals escape, evade and even deny personal responsibilities. In short, persons are afraid to be free.

All that said, I think a lot of socialists are genuinely motivated by compassion for those who are disadvantaged and exploited, as well as by anger at social and economic structures that perpetuate such exploitation. Take, for example, blogger Penny Red ('young feminist left') who would 'like a government with the balls to give us what we want'. And this despite failure after failure after failure after failure of numerous socialist, communist, social democratic, left-centric governments, regimes and coalitions to deliver anything like the nirvana on earth that they so earnestly seek. Obviously the right guy has simply not gotten into power yet ...

However, the more reflective on the left are beginning to realise that the game is up for socialism in one government. Diehard Marxists are making peace with dyed-in-the-wool Anarchists and are exploring the potential for a revolution that isn't so much televised as networked. A kind of Revolution 2.0. It's still mostly motivated more by a rage against capitalism than any clearsighted ideas for an alternative - but socialists losing interest in seizing state power is a step in the right direction in my book.

Away from the redder fringes, more mainstream commentators are beginning to wonder if they have been sold a pup by governments claiming to sort out the mess arising from the credit crunch. Take the issue of taxes on business. The recent Finance Bill adds yet more dead weight to the cost of running a business in Ireland. Now businesses are expected to collect taxes for staff parking spaces, as well as take another 3% income levy off any highly paid employees. The assumption is that there is no 'cost' to business from doing this - a dangerously naive assumption.

As Jamie Whyte points out about demands in the UK for higher taxes on businessses:

Before you can tell whether corporate tax is a good idea, you need to understand who bears the cost and how it affects their behaviour. Once you do, it turns out that taxing companies is a bad idea.

Research shows that the cost of corporate tax falls more or less evenly across a company's shareholders (in lower dividends), employees (in lower wages) and customers (in higher prices). So, in terms of the “social justice” so beloved of the Left, corporate tax is no better than a combination of income and sales taxes.

But, in terms of efficiency, it is worse. Research also shows that corporate tax has a greater “deadweight cost” than both income and sales taxes, because it discourages the allocation of resources to productive uses - in other words, it discourages investment.

To the collective credit of the Irish political class, there has been no rush to go Scandanavian and push up corporate tax rates - so far. But as the Government's revenue situation deteriorates next year then that happy situation cannot be guaranteed to last. It is then that we all need to take the red pill and realise that governments don't create jobs and wealth - they simply use the wealth and incomes of the private sector to appear to do these things. The sooner that realisation hits home then the sooner we can start reducing taxes and wasteful public sector spending, leaving the money in the wallets, purses and bank accounts of those who earned it in the first place.