The Banality of Partnership 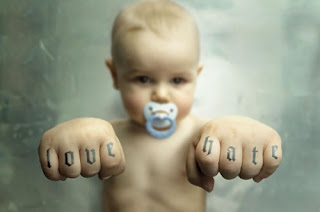 Like the proverbial bus that never comes only for several to show up at the same time, we have had an embarrassment of reports about families in Ireland recently. Last week saw the Department of Social and Family Affairs publish a report on Families in Ireland - An Analysis of Patterns & Trends. The report opts for the PC term of 'partnership' (the status formally know as married) to describe the 'new realities' of Irish family life, specifically:

Marriage no longer possesses the cultural status or primacy as a gateway to family formation that it once had, since sex, childbearing and cohabitation outside of marriage now widely occur.

Indeed: though the authors do acknowledge that marriage is more popular than it was ten years ago. Still, we must keep up with the times, as the authors explain:

Strange, because most of the people I know in 'long-term intimate sexual relationships' actually prefer to speak of marriage rather than partnership: considering partnership to be something lawyers and accountants do to each other (I don't mean ... well you know what I mean). I think the implied 'common' in the authors' observations refers to academics and PC-paranoid politicians and policy makers rather than to, say, the rest of the human race.

The partnership banalities continue through to the discussion of cohabitation. This is treated as if it is a widespread alternative to marriage by the authors (and numerous others) when it fact it is simply a stage before marriage for the majority of couples. The authors provide proof for this themselves in Table 2.1 of the report on page 19 which shows a fourfold increase in the number of cohabiting couples between 1996 and 2006 alongside a substantial increase in the percentage of such couples without children (from 59% to 64%). Hardly evidence of 'an emphasis on the ideals of partnership rather than the external formalities of marriage.'

In my experience people have a lot more common sense about family life than academics (and clergy for that matter) often give them credit for. A recent report by the European Commission on Family Life & the Needs of an Ageing Population (pdf) gives a fascinating insight into how people view their own daily experiences of family life throughout the EU. And the good news is that the family is in robust good shape in Ireland in 2008:
It also turns out that:
So despite the PC brigades' best efforts to somehow convince us that atypical families are now typical, it is 'old fashioned' married couples with children who continue to provide the demographic backbone for our society. Marriage and family life continues to thrive in Ireland - despite the best efforts of the state and others to undermine it - and, I have no doubt, will continue to do so.
Posted by Gerard O'Neill at Monday, December 01, 2008