A Clamp on Growth 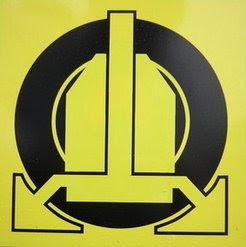 Dublin City Council has done it again: kicking the City's economy when it's down. They have just sneaked in parking tariff increases as part of the Parking Control (Amendment) Bye Laws 2008 (pdf, page 6). On the same day that the City's retailers have to pass on a vat rate to 21.5% (as they fall to 15% in Northern Ireland), the City's managers have increased the hourly parking tariff in the City Centre by 20c to €2.90 per hour.

To add insult to injury, RTE is reporting that the Council is claiming the increases will encourage Christmas shoppers by freeing up spaces that would otherwise be occupied by selfish commuters. Seriously. Let's see: you increase the cost of parking by twice the rate of inflation ... and then shoppers are more likely to want to park in the city centre? This from the same geniuses that recently put up rates for Dublin businesses.

The parking's free in Newry, by the way. Maybe Dublin City Council should just charge people for using the northbound lanes of the M1 out of the City - the queue will soon be so long they will be effectively 'parked' most of the time anyway.
Posted by Gerard O'Neill at Monday, December 01, 2008