The Fiendish Genius of Banking 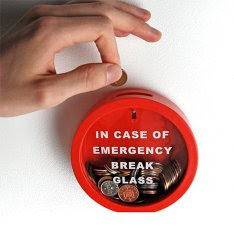 In the end I didn't have time to attend a conference a few weeks ago on How Can Behavioural Economics Improve Policies Affecting Consumers? organised by DG Health and Consumer Protection. Fortunately they have put the papers up on the conference site - well worth a visit.

The conference was mostly about the efforts by various regulators and agencies to affect consumer behaviour, especially with regard to financial services. Some of the papers even offer insights into the origins of the credit crunch, i.e.: the sub-prime lending bubble that morphed into financial dioxin for the global monetary system.

I found the paper by Botond Koszegi on Time and Decision: The Taste for Instant Gratification particularly helpful in this regard. Koszegi argues convincingly that consumers suffer from Present Bias. Simply (and obviously) the present is more important to us than the future, so pleasure today matters more to us than pain tomorrow - even if pain tomorrow matters more to us than pleasure tomorrow. And of course, tomorrow never comes.

So Koszegi notes that:
But Koszegi isn't calling for more taxes and outright bans. Rather cleverly he proposes the introduction of licencing for certain types of behaviour. If you want to smoke you have to buy a (suitably expensive) licence, after which you can smoke like a train if you wish. The idea is to flip the time direction of 'undesirable' consumer decisions from 'present cheap/future expensive' to 'present expensive/future cheap(er)'.

He points out that the sub-prime mess came about because the offer - initially cheap mortgage repayments followed by more expensive payments later - played to the Present Bias of many of those who took them out. Regulation to avoid such a thing in future (though I can't see a big rush back into that market for some time/several generations to come) will raise the upfront price of the transaction in order to overcome Present Bias.

Freakonomics makes a similar point about credit cards and the fiendish genius of minimum repayments. By giving people with strong present bias the opportunity to have the pleasure now and the pain tomorrow they lock consumers into unhealthy patterns of behaviour, which is why most repayments are 'anchored' by the amount of the minimum repayment.

All well and good, but what about those now 'under water' with their debts? In the United States, one in five mortgages exceeds the value of the home it was used to purchase. Niall Ferguson has a thoughtful piece in today's Financial Times about the issue of debt 'forgiveness'. He proposes that it may be necessary to convert part of the mortgages into (very) long term, low interest rate loans to the home owners (not tied to the properties), who can then pay off the now smaller mortgages by selling their houses and restoring some liquidity to the housing market.

It's a good idea - fiendishly genius enough for Irish banks to consider perhaps?
Posted by Gerard O'Neill at Friday, December 19, 2008