I Don't Want My Children To Be Happy 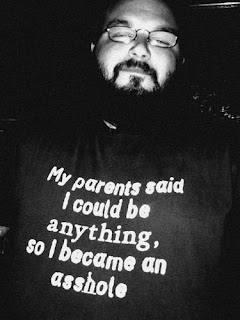 Before you send in the social workers let me explain. I'm talking about the 'clappy-happy' nonsense that seems to characterise most discussions about children, childhood and child rearing nowadays. It wasn't always like this: our parents and grandparents were encouraged to be 'healthy, wealthy and wise' when they grew up: not happy. And if their children were unhappy because they didn't get what they wanted they were allowed to go away and sulk: parents were their children's parents - not their best friends.

Unfortunately parenting has now become the last bastion of superstitious psycho-babble. Take stress, for example. I only learned recently that the concept of (emotional) stress was 'invented' in the 1950s, by Hans Selye. In other words, my grandparents lived through two world wars (even fighting in the first one) and a Great Depression without knowing they were experiencing stress! Fast forward a century or so and we've gone to other extreme: trying to spare our children any stress - especially the kind that comes from failure. The corollary is the obsession with self-esteem: praising the average as exceptional, and the ordinary as extraordinary. How else to explain the remarkable number of talentless people participating in the likes of the X-Factor? The result is the self-esteem trap:

A growing body of research is finding that praise based on talent and intelligence -- as opposed to effort -- not only doesn't help kids achieve success, it actually backfires.

Children who are praised as smart, special and talented stumble at school when faced with challenges that don't immediately reinforce the mantras they hear at home. They're also more likely to avoid tasks at which they may fail than children who are praised instead for their hard work. And they are more apt to lie and cheat well into their university years.

By insulating our children from real life - now extending into 'adulescence' - we end up producing a generation of wimps. Which is why I admire Edenderry District Court Judge John Neilan for his recent observations about the laws on young people and work:

Stand on street corners, scratch your backside, take drugs but whatever you do, don’t go working. Young people in gainful employment even an hour over time should not be penalised. It’s far, far better to have them working than floating around, standing on street corners, insulting everyone who passes by.

He's right of course. But our cultural obsession with 'only wanting our children to be happy' has gotten to the point where it seems we we don't even want them to work. Mind you, at least we haven't gone as far as the UK: where local government employees are spying on newsagents to make sure they're not 'exploiting' paper boys.

Worse, we're making it too expensive to employ young people. This is one reason why I am against the minimum wage: it is one more barrier in the way of employing young people in the kind of part-time, casual, unskilled work that gets them started (and for which they are especially qualified in the absence of qualifications). As it happens, we have the second highest minimum wage in the EU at €1,462 per month or €8.65 per hour. It is more important that young people work rather than earn a high income - for their own happiness, as it happens. This has been found in yet another study (pdf) of the sources of happiness and life satisfaction:

Note, however, that family and social contacts are the greatest influence on life satisfaction. And that tends to be most people's experience. I reckon that happiness is one part pleasure to three parts contentment. The market is superb at looking after our needs for pleasure - whereas contentment comes from a rewarding family life, fulfilling work and the success that comes from engaging with the world around us. Which only goes to show that parents are responsible for their children's happiness, but not in the ways assumed by the nanny state and the nanny media.

Our job as parents, then, is not to ensure that our children are happy, but rather to help them become adults who are capable of successfully negotiating the challenges and opportunities of life as a grown up. And who knows, they might even find happiness in doing so.
Posted by Gerard O'Neill at Sunday, December 07, 2008