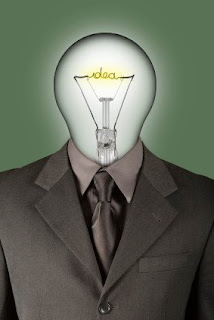 I'm beginning to wonder if we have got it wrong about innovation in Ireland? Michael Hennigan has a fascinating commentary on Finfacts about our less than stunning success with innovation strategies in Ireland - especially those involving third level institutions and indigenous businesses. He takes his cue from Amar Bhidé's new book The Venturesome Economy, which argues that:

When breakthrough ideas have no borders, a nation's capacity to exploit cutting-edge research regardless of where it originates is crucial: "venturesome consumption"--the willingness and ability of businesses and consumers to effectively use products and technologies derived from scientific research--is far more important than having a share of such research. In fact, a venturesome economy benefits from an increase in research produced abroad: the success of Apple's iPod, for instance, owes much to technologies developed in Asia and Europe.

What this says to me is that we may have got it backwards about innovation in Ireland - rather than trying desperately to be a place where leading edge innovation happens, we would be better off being a place where new innovations are rapidly adopted, assimilated and transformed into commercial success. Policy makers focused on 3rd or 4th level funding for PhDs as a route to a 'knowledge economy' or some such thing may be missing the point, as noted in a recent post on the Adam Smith Institute website:

William Nordhaus, in what might be my favourite economics paper of all time, outlined this here.

It's actually only 2.2 % of the value that goes to the innovators. The rest goes to the users of the products.

So rather than focusing on the 2.2% we might be better off focusing on the 97.8% that goes to those business and their customers who see the real value in innovation. To do that will require a climate of regulation, patenting, ecommerce and low barriers to entry that favour new product and service adoption. Perhaps not as sexy as new campus buildings and, er, NASA space cadet training, but more likely to plug us into the next wave of global economic growth.
Posted by Gerard O'Neill at Tuesday, December 02, 2008