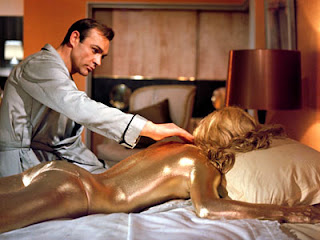 A democracy is always temporary in nature; it cannot exist as a permanent form of government. It will only exist until the voters discover they can vote themselves largesse from the public treasury. A.F. Tytler, 1747-1814

Fuse Recession with Depression and you get Repression. It isn't going to be easy for business folk to make money in 2009 and beyond, nor for investors to benefit from their efforts. Worse, the nature of the reaction to the Credit Crunch means that - even as conditions return to 'normal' - things will simply not be the same for stockmarkets. As the always perceptive Bill Gross has observed, recent trends have pointed to the necessity:

to view current changes as not only non-cyclical, but non-secular. They are, in fact, likely to be transgenerational. We will not go back to what we have known and gotten used to. It’s like comparing Newton and Einstein: both were right but their rules governed entirely different domains. We are now morphing towards a world where the government fist is being substituted for the invisible hand, where regulation trumps Wild West capitalism, and where corporate profits are no longer a function of leverage, cheap financing and the rather mindless ability to make a deal with other people’s money. Welcome to a new universe stock market investors! In this rather “sheepish” as opposed to “brave” new world, here are some considerations that may affect Q ratios, P/E’s, and ultimately stock prices for years to come ...

... The benevolent fist of government is imperative and inevitable, but it will come at a cost. The champion of free enterprise, Ronald Reagan, knew that growth of the private sector was in no small way dependent on deregulation and the lowering of tax rates. Now that those trends have necessarily come to an end, no rational investors should expect innovation and productivity to be unaffected. Profit and earnings per share growth will suffer.

My transgenerational stock market outlook is this: stocks are cheap when valued within the context of a financed-based economy once dominated by leverage, cheap financing, and even lower corporate tax rates. That world, however, is in our past not our future. More regulation, lower leverage, higher taxes, and a lack of entrepreneurial testosterone are what we must get used to – that and a government checkbook that allows for healing, but crowds the private sector into an awkward and less productive corner.

Bill's emphasis added. As if that wasn't enough, the opening of the spending flood gates by governments around the world means that we are increasingly exposed to serious currency volatility, including growing doubts about the value of fiat currencies themselves. Ireland is somewhat insulated in this regard because of the euro - though we have merely exchanged an exchange risk for a credit risk (as brilliantly argued by Martin Wolf in today's FT).

But beyond exchange rate issues lies the bigger issue of the value of the dollar as the World's reserve currency (hence the benchmark pricing of oil, gold and other commodities in dollars). Investors in gold (or 'gold bugs' as they are known) are looking to a return to some kind of gold standard as the inevitable outcome of the coming deflation/hyperinflation cycle. I've noted before the appeal of gold as a store of value in turbulent times.

What has got them in a flap recently has been the temporary replacement of contango in gold futures markets (i.e.: where the price of gold for delivery several months in the future is higher than the current price - the normal state of affairs) with backwardation (i.e.: future prices are lower than the current price). This has never happened before and is seen by some as a sign of co-ordinated manipulation by central banks to stop the price of gold skyrocketing as investors seek a safe haven away from fragile looking fiat currencies. Though others take a more sanguine view: seeing the incidence of historically low interest rates as the culprit in the appearance of backwardation in the gold market. As it happens, 'normality' has been restored, for now.

Nevertheless, I think Bill Gross has got it right: normality will never be normal again, and investors will be incentivised to look elsewhere for the returns that will provide for their pensions and those of others in the future. I wonder can I get Santa to leave a gold bar or two in the stocking this Christmas?