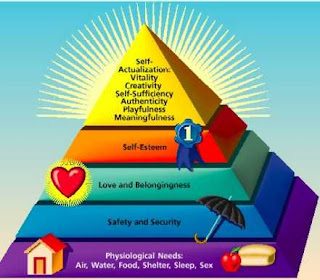 I went out last night (Sunday) with my family for a meal at our local restaurant (attached to a pub on the main street). It was closed. A slightly embarrassed manager mumbled about the recession and costs and we left it at that. We ate at home.

I subsequently read the article in yesterday's Sunday Business Post explaining that many restaurants are now closing on Sundays due to efforts by the National Employment Rights Authority (NERA)'s to enforce 1980s legislation. This legislation requires restaurants up to double the standard hourly rate on Sundays.

Insanity. What kind of demented bureaucracy sets about doubling the cost of employing people as the unemployment rate itself is in the process of doubling? There's usually 4-5 people in the kitchen and 4-5 floor staff in the restaurant on Sundays - now, instead of earning double their hourly rate, they are earning nothing. Economics for slow learners I guess.

And what is with the insane idea in this day and age that anybody should be paid extra for working on one day of the week rather than another? It's a wild guess, but I doubt if any of the 10 workers who used to work in the restaurant are devout Christians, wrestling with the ethical problem of working on the Lord's day. For that matter: shouldn't we extend the same double time to Jews working on Saturday or Muslims working on Friday? That last one was a joke, by the way, just in case someone from NERA thinks it's a great idea ...

Of course, economic reality will eventually dawn - even in the sheltered sector of state quangos. As Lucy Kellaway observes in today's Financial Times, 'money is the new secret of a happy job':

Over the past decade, the rich, professional classes have developed an increasingly unhealthy attitude to their jobs. We took our jobs and our fat salaries for granted and felt aggrieved if our bonuses were not even bigger than the year before. We demanded that the work be interesting in itself and, even more dangerously and preposterously, that it should have meaning.

The result of all these demands was, of course, dissatisfaction. We had climbed to the very top of Maslow’s hierarchy of needs and discovered that, at the top of the pyramid, the air was very thin indeed. As an agony aunt, I found that by far the most common problem readers submitted came from rich and senior professionals who had all their basic needs more than catered for, leaving their souls in torment. Help me, I’m bored, they cried. Or, worse: what does my work mean?

In the past few months, anguish of this sort has vanished. When one’s job is at risk and one’s savings are a shadow of their former selves, the search for meaning at work is meaningless. The point of a job becomes rather more basic: to feed and house (and, at a pinch, to educate) one’s family and oneself. If we can do this, then anything we manage over and above this is a bonus. Once expectations have fully adjusted to this new reality and we see earning money as the main reason for work, greater satisfaction will follow.

The bottom line is that we need to rapidly dismantle the straightjacket of partnership-inspired labour market madess: while we still have 'responsible' employers willing to hire staff and meet their customers' needs.