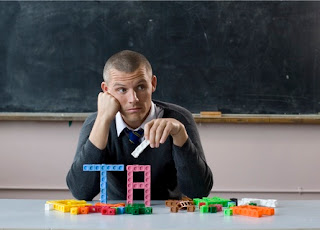 I got a taxi into the office Christmas party last night. My taxi driver claimed to be the first Bangladeshi taxi driver in Dublin. I have no reason to doubt his claim. But it did make me think: what an extraordinarily different city Dublin is to the one I remember when I first moved here twenty years ago. Different for the better - way better.

My driver talked about the choices he faces in terms of moving away from Bangladesh, his own economic situation (he has a wife and two children to support here in Ireland), his progression from catering to taxi-driving and his hopes for the future here in Ireland. He has a social science degree - and I don't seem him driving taxis for the rest of his working life.

As it happens, one of my colleagues announced later at the party that she has this week become an Irish citizen. She describes herself as a 'child of the former USSR': with parents from Russia/Ukraine, growing up in Lithuania, and grandparents from Estonia and Latvia. And now she and her children are Irish. I'm delighted for her.

In fact, she told me there were some 250 people like her at the citizenship ceremony this week. And she heard there were 25o there the previous week. You can apply for citizenship after living in Ireland for five years - you may have to wait another two years before your application is accepted (if at all). There's something that should be broadcast live by RTE every week (drop the Dail coverage if there's any scheduling bottlenecks ...)

I think this is one of those trends with long-term, positive potential for Ireland. We are becoming a more culturally open country at a time when we need - more than ever - to rethink our place in the world and reshape our global economic relations. And the energy, enthusiasm and - yes - patriotism of these new Irish citizens will ultimately be part of the new narrative about Ireland and our future. We are blessed to be chosen by such people.

Moreover, the Irish people are cool with immigration. The recent Eurobarometer survey asked people all over Europe about the two most important issues they felt faced their individual countries. Needless to say the economic situation and unemployment predominate - in Ireland as well as throughout the EU. And only 4% of adults in Ireland think that immigration is one of the two biggest issues facing Ireland. Down from 5% a year ago. The sooner we start talking about new Irish citizens and not just immigrants (many of whom are EU citizens and won't ever become Irish citizens) then the sooner we can start crafting our new story.

Finally, another insight from the same survey: asked what should be the main objective of the European Union, 26% of Irish citizens said the main priority should be developing the economy and boosting growth in the EU. This was the highest percentage of any country in the EU27 survey. Organisers of the Yes Campaign for the Lisbon II Referendum please take note ...
Posted by Gerard O'Neill at Saturday, December 20, 2008