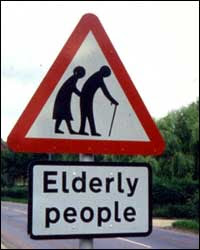 The 'head-to-head' debate in yesterday's Irish Times about public sector pensions missed the point completely. Ireland - like many developed countries - is locked into a pay-as-you-go system of pensions provision (both public sector pensions and social welfare pensions) that is fundamentally unsustainable. Long term demographics and medium term economics (not to mention short term) point clearly to a 'pensions crunch' that will far exceed the impact of our recent credit and property crunches.

What is needed is a movement away from defined benefit pensions for public and private sector employees: starting now. Nor is the alternative some kind of tax payer funded Superfund: as Stephen Kinsella points out in his own critique of the Irish Times debate, we don't really want to put all our eggs in one managed fund basket given the recent performance of the National Pension Reserve Fund.

Where I disagree with Stephen is with the notion that a radical decoupling of public sector pensions from their current PAYGO arrangement is a 'race to the bottom'. As I see it, the requirement is for everyone to be on the same starting line at the race. And let's be clear about public sector pay and pensions: it is ALL met from taxes on the pay of private sector workers and the rest of the real economy. So protesting defensively about the 'contribution' being made by public sector workers to their own pensions sort of misses the point: private taxpayers 'pay' the contribution indirectly themselves anyway.

Getting to the same starting line means adopting best practices from around the world in relation to simplifying pension provisions, incentivising the right savings and contributing behaviours, and letting the market play a fuller role in providing for everyone's future, including public sector workers. As noted in a fascinating report from the IEA - Pension Provision: Government Failure Around The World - it is the state rather than the market that has generated the greatest failures in retirement provisions for older people, and so:

Governments should focus on ensuring that the legal and financial infrastructure exists to allow people to make proper provision for their retirement. PAYGO systems should be cut back, and people given the freedom to save for themselves as only they can decide the most appropriate vehicle for their own circumstances. So-called ‘market failure’ will always ensure that the result is imperfect. But, by comparison, government failure around the world has had catastrophic effects.

Old age has always meant lower incomes compared to earlier stages in life. But it doesn't have to mean impoverishment. Nevertheless, the expectations of the next generation of retirees (and the one after probably) will have to be adjusted downwards, radically. Not least because the appetite for investment in riskier but more rewarding assets will be curtailed for a long time to come - to the detriment of future economic growth and pension fund values. Justice and equity demands that public sector workers share in the adjustment with those who taxes go to pay their salaries and their pensions.
Posted by Gerard O'Neill at Tuesday, December 09, 2008