Peering Into The Present 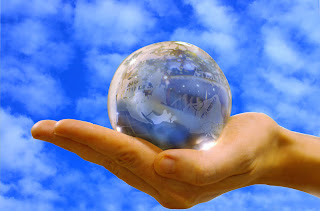 This time last year I joined the usual throng of soothsayers with my prognostications for the year ahead. How did I do? On balance I was overly optimistic, even though I anticipated most of the causes of the rather more pessimistic outcome. Too much Christmas pudding perhaps?

What about 2009? I'm with Philip Stephens who suggests we need to peer into the present, so unique are the changes we have experienced and continue to experience. So here I go again:

Nice Place: last year I noted that Ireland enjoys an extraordinary degree of freedom and peace relative to too many other places in the world, and that remains the case - despite our economic dowturn. For example, we rank 12th in the world in the EIU's recently published Democracy Index (pdf). I don't expect that to change much - one thing the Irish are not afflicted with (yet) is the Anglo-American predilection for turning every crisis into an assault on civil liberties.

New Irish: the continued smooth integration of many immigrants via naturalisation as Irish citizens is a welcome development - as is the flexibility of the EU labour market to accomodate the departure of tens of thousands of earlier immigrants into Ireland who now seek better opportunities elsewhere. We might just have survived an unprecedented experience of mass immigration without the social disruption it has caused in other countries.

Europhilia: though our membership of the eurozone is a huge burden for exporters to the UK right now, our membership has also prevented us becoming the next Iceland. To that extent, we should be grateful we will be spared the economic implosion affecting that other island, and for the degree to which we remain somewhat sheltered by the euro in the ongoing financial storm. The second Lisbon Referendum will receive a resounding Yes vote for that and other reasons.

Recession: it's going to be a bad one in Ireland - the massive expansion of the private sector workforce during the boom period, on the back of a consumer credit surge, means that we now have 'built-in-destabilisers' operating in the economy. Just note the speed and scale of layoffs in reaction to the recession so far: expect all records to be broken in 2009.

Government: okay, the Government has resisted an assault on our civil liberties, but it still continues to insult our intelligence - we have a Government that is unfit for purpose: our Achilles Heel in terms of getting through the year ahead without irreparable damage to the economy and society.

Competitiveness: we are one of the world's most open economies - which means we'll feel the full brunt of a collapse in global trade in 2009 (now gathering pace, as indicated by the Baltic Dry Index). Our lack of competitiveness guarantees wrenching changes to the Irish economy without the analgesic benefits of a currency depreciation to ease the pain.

Depression: I don't think there's any prospect of a global 'return to normal' for the foreseeable future - more like a rapidly worsening situation as the collapse of the candy-floss financial economy trickles down into the implosion of our globalised, trade-based economy. Something wicked this way comes ...

War: what have humans traditionally done when resources are scarce, trade isn't an option and leaders are under pressure to deliver the goods? You only have to think of the Middle East.

Weather: and just to make matters worse, it looks like we are only at the start of a worrying period of Global Cooling.


This is my fourth recession and I have to say I haven't seen one with so much potential to turn even uglier than this one. Last year, I was on balance optimistic even as the storm clouds of pessimism were gathering. Well, the storm is upon us and it's very hard to see any obvious end in sight. All that said, I am grateful to be living with my family and friends here on our damp, dull island than to be living in many other parts of the world right now. We are a small country, and we are a resilient people when we have to be. We can come through this together - wiser though poorer - if we pull together. I'm not going anywhere else so I guess I'll have to do my part in the year ahead.
Posted by Gerard O'Neill at Monday, December 29, 2008