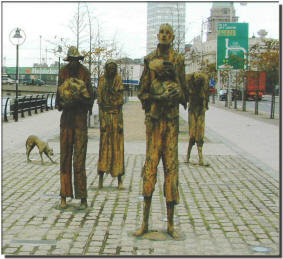 It won't make the headlines, but I've been told to expect some 2,500 job losses in Ireland's International Financial Services Centre during the course of the recession now underway. About a tenth of all those employed there. That's bigger than Dell going from Limerick.

The IFSC has been an extraordinary success story. Not just in terms of employment and the economy, but more widely in terms of the geography of Dublin City, our culture, demography and our international reputation. We owe it much (and those who imagined and created it). Which is why the inevitable demise of the IFSC is something to concerned about - and planned for.

With the credit crunch (or 'Great Deleveraging' as Willem Buiter has aptly put it) the future for financial centres like the IFSC is opaque at best. In the course of a superb analysis by Buiter of the current situation and how to fix it (I want to be that smart when I grow up), he observes that:

Finance is global, banks are global (or about 50 of them are) but regulation is national. Whenever the span of the market and the domain of mobility of financial institutions exceed the span of control of the regulator, you will, sooner or later, have a mess.

Every country wants to have an internationally active financial sector in its jurisdiction. The financial sector is clean, green, employs women as well as men, produces jobs, profits and taxes and gives good parties. National regulatory standards have been used as an instrument to compete for financial sector business – to attract it from abroad and/or to stop it from leaving for pastures new. Regulatory arbitrage is a game the financial market players know as well as tax arbitrage. The result has been a regulatory race to the bottom – soft-touch regulation rather than light-touch regulation.

Buiter foresees the emergence of an EU regulator (on the way to a global regulator) which does not bode well for Ireland's IFSC. Worse, the contribution of the IFSC to government revenues via corporation taxes can no longer be taken for granted either. As Colm McCarthy notes in a comment on a recent post on The Irish Economy blog:

Both CGT and Corporation Tax allow the taxpayer to roll forward losses. These taxes may not recover for many years given the scale of losses now available. In the IFSC sector, some international banks have lost so much money that they may not have any incentive to minimise Corporation Tax liabilities for a decade or more - why locate in a high-cost (if low-tax) jurisdiction? Ireland’s key incentive (or compensation for high costs if you prefer) has lost potency in a world of large carry-forward losses.

So we have a problem with the IFSC: the best case scenario is a gradual demise in its status and 'weight' in the Irish economy, with the slack taken up by the expansion of other, internationally traded services (computer games everyone?) Worst case scenario: a rapid hollowing out of the IFSC, driven by increasingly hostile attitudes in the United States and elsewhere to regulatory arbitrage.

Still, it was good while it lasted.
Posted by Gerard O'Neill at Thursday, January 08, 2009