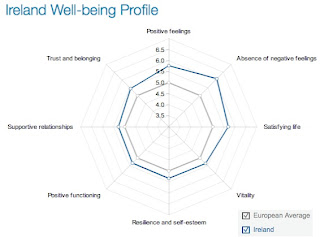 I have always known that the only economic system that works is a market economy. This is the only natural economy, the only kind that makes sense, the only one that leads to prosperity, because it is the only one that reflects the nature of life itself. The essence of life is infinitely and mysteriously multiform, and therefore it cannot be contained or planned for, in its fullness and variability, by any central intelligence. Vaclav Havel

I like to meditate - usually a form of Vipassana meditation from the Therevada Buddhist tradition. It's a good way to start the day, and to unload the anxieties of the previous day. I've long had a deep affection and respect for Buddhist philosophies and teachings: of all the world's faiths it seems to be the most advanced in figuring out how to live well in the world as it is.

Yet I often find myself disagreeing with many Buddhists about their views on the nature of the economy or modernity or the West. Take Pankaj Mishra, author of An End to Suffering: The Buddha in the World - there's an excellent interview with him over at Speaking of Faith. Mishra argues that Western capitalism has effectively lead to more suffering (spiritual and emotional replacing physical amidst our material comfort), and therefore is in many regards a 'wrong path' for humans to follow. It's a common enough argument by free markets critics, e.g.: socialists and environmentalists, and not just religious aesthetes.

Mishra's is a journalist's perspective: but some have applied a Buddhist critique to modernity from an economics perspective. One such paper I read recently was that on Happiness and Economics: A Buddhist Perspective (pdf) by Colin Ash. He combines an interesting mix of insights into neuro-economics and Buddhist philosophy to suggest that Capitalism merely tricks us into pursuing 'the end of the rainbow' - or happiness - with the result we are doomed to continually experience suffering (or dukkha in the Buddhist lexicon) as we will never get there.

For evidence Ash refers to survey data showing diminishing (even negative) returns to increasing economic affluence in the form of self-reported happiness across populations. Unfortunately he puts rather too much faith in such data, despite the numerous problems with such measures as I've noted before.

Curiously, as the use of comparative international surveys to determine the nature and drivers of well being have advanced, the case for economic growth being on a balance a good thing for happiness appears to be getting stronger. Take Ireland: as the chart shows, on most of the critical measures of the Irish people's wellbeing - trust, relationships, vitality etc - we are doing much better than the EU average. And that's according to a new study on the National Accounts of Well-Being by the determinedly anti-capitalist New Economics Foundation. Or take the findings from the United States that 'happiness inequality' between the well off and the less well off has actually declined since the 1970s.

So does a Buddhist understanding of economics - Buddhanomics - have nothing to teach us? On the contrary, I think there is a powerful synergy between the philosophical insights of Buddhism and those of Western traditions that have given rise to free market democracies. For example, if I compare the Noble Eightfold Path of Buddhism with something far more recent like the Ten Conservative Principles of the past two hundred years of Western philosophy, then I am struck by their many points of agreement.

Both traditions have a passionate commitment to non-violence as the behaviour of both individuals and the institutions that shape society. Both respect the right to privacy and freedom that will enable individuals to work out how best they should live. Likewise both perspectives call on each of us to live wisely: not abusing our bodies, nor our power over others. Most importantly, both the Buddhist and the Conservative perspectives adhere to 'the middle way' - eschewing extremism and irreversible change. To quote Russell Kirk from his delightful ten principles:

The Permanence of a society is formed by those enduring interests and convictions that gives us stability and continuity; without that Permanence, the fountains of the great deep are broken up, society slipping into anarchy. The Progression in a society is that spirit and that body of talents which urge us on to prudent reform and improvement; without that Progression, a people stagnate.

Therefore the intelligent conservative endeavors to reconcile the claims of Permanence and the claims of Progression. He thinks that the liberal and the radical, blind to the just claims of Permanence, would endanger the heritage bequeathed to us, in an endeavor to hurry us into some dubious Terrestrial Paradise. The conservative, in short, favors reasoned and temperate progress; he is opposed to the cult of Progress, whose votaries believe that everything new necessarily is superior to everything old.

The genius of Capitalism is that it is the only vehicle that will ultimately free humanity from material want, and much physical suffering as well. Not from all suffering, mind you - the marketplace may provide most of the sources of pleasure that we need, but the happiness that comes from contentment is best secured through family, community and fulfilling work. Capitalism and the free market can enable us more readily to find contentment - but it cannot deliver it. But it can take us a long way, as even Keynes himself imagined in his vision for his grandchildren:

We shall once more value ends above means and prefer the good to the useful. We shall honour those who can teach us how to pluck the hour and the day virtuously and well, the delightful people who are capable of taking direct enjoyment in things, the lilies of the field who toil not, neither do they spin.

Ultimately it will be the combination of the liberating power of free markets and the resilience that comes from self-awareness that will get us through this recession and on to a path of recovery.

And on that note I'm going to go sit on my zafu and do absolutely nothing for a while.