The Commanding Heights of Stupidity 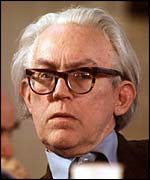 I'm beginning to wonder if Fintan O'Toole is channelling Michael Foot? Fintan's latest idea for how we get out of the current economic mess is to introduce a maximum wage - he suggests €80,000. And to help things along he wants to introduce price controls, abolish the provision of private pre-school and healthcare services, and get rid of various unnecessary tax reliefs (in Fintan's opinion).

I was reminded by his screed of another, even crazier set of proposals. It was the UK Labour Party's 1983 election manifesto, then led by Michael Foot. It subsequently became known as the longest suicide note in history. The British people, to their credit, ran a million miles from nonsense about 'seizing the commanding heights of the economy' into the arms of Margaret Thatcher. The rest is history, as they say.

The basis for Fintan's proposal is the observation that 'The first step is to recognise that the divisions in the Irish workforce are not between public and private, but between those who are comfortable and those who are struggling.' In this he is completely wrong. In fact, the single biggest division in the Irish workforce is between those employed in the public sector and those (still just) employed in the private sector. As an analysis by Finfacts yesterday points out, quoting ESRI research, the gap between public sector wages and private sector wages in Ireland (the latter being on average 20% below the former) is the highest in Europe. Our politicians are also amongst the highest paid the world.

Worse, as the latest CSO data (pdf) shows, not only did public sector employment expand substantially in the year to September 2008, their average earnings rose by 3.6% over the same period. 369,000 people work in the public sector (including the health services). They enjoy immense job security: it would take an Act of the Oireachtas - and about 2 years of negotiating the generous redundancy terms - to fire a single, permanently employed public sector worker. That's secure. Don't get me wrong: I don't think now is a good time to make a lot of public sector workers redundant - economic confidence is weak enough without a dramatic lengthening in the dole queues. Rather, I'd like to see a reduction in average wages in the public sector by 20% to bring them in line with the private sector, in the interest of social justice and equity of course: we're all in this together - right Fintan? Mind you - if private sector wages fall (as they likely will on average), then 20% is only the start ...

We desperately need new thinking about how to get us out of the current situation. Though it is not the bolshevism-lite of Fintan O'Toole and Cori that we need, but rather something far more ambitious and more likely to succeed. And that is empowering thousands and millions of people to invest their energy, money, time and dreams in building and expanding the businesses that will create the wealth and employment that will secure our future standard of living. As well as generating the incomes and profits that our political masters can then tax to spend so much more effectively than you and I. Michael wouldn't approve, but Margaret would.
Posted by Gerard O'Neill at Tuesday, January 27, 2009