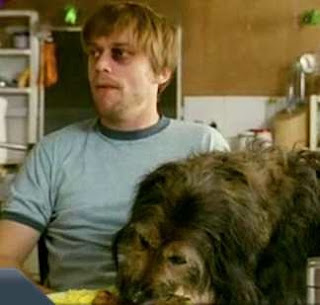 What's it all about? I turn 50 later this year: one of those milestones that gets you thinking about the journey you're on, and the destination. Which is maybe why I enjoy philosophy more and more these days: it's nice to know others have been thinking about the same questions before you. Like the big one: 'knowing you're going to die, how should you live?'

That's the subject of a recent interview over at Speaking of Faith with one of my favourite writers: Jennifer Michael Hecht. In the interview she discusses her book Doubt: A History, and the various philosophies and religions that emerged over the millennia in response to the big question (and others). I like her take on religion - though she's a doubter not a believer, she rejects the labels atheist or agnostic as too restricting. Life is too full of mystery - from the universe we occupy to the nature of consciousness - to be totally dismissive of religion. After all, religions in all their manifestations are a response to mystery. And mystery will always be with us.

The latest issue of the journal Human Affairs has a nice series of essays on Ideals of a Good Life. Timely really given the economic uncertainties most of now face. One of the most delightful essays explores Funeral Orations as Indicators of what a Good Life Ought to Be - drawing on the text of a number of African funeral orations. In the introduction, we get a very succinct summary of most of the past two and half millennia of thinking on the Good Life thus:

The list of possible general moral and ethical principles are seemingly unending. These include Platonism wherein it is generally held that if we knew what the good life was, we would naturally act in such a way as to try to attain it; Aristotle’s doctrine which states that the good life is a life of happiness in which we must always act so as to attain the mean between two extremes; hedonism which depicts pleasure as the sole good; cynicism which exhorts us to reject the fruits of civilization and return to a simple ascetic living; stoicism which prescribes that a man ought to be indifferent to events happening outside of himself; quietism which is an oriental ethical principle that enjoins us to succumb and accept adversity; Spinoza’s ethical dictum which is that happiness stems from an understanding of the limits of human power. The calculus of utilitarianism is the paradigm by which an action is considered good by the extent to which it produces excess of beneficial effects over harmful ones. Kant’s formulation is based on a dualism that a moral act is one undertaken from a respect for duty, not from inclination or even in accord with duty and that we must always act such that as if such action were to become a universal law.

Though I'd suggest you check out some of the original texts for yourself - starting with Hecht's book perhaps. It seems to be the destiny of our species to keep coming back to the question of 'how should we live' over and over again. And to bring it right up to date, check out this delightful (and very funny) short video called Be Good, which gives a very 21st century take on answering the big question. It happens to be part of the superb Responsibility Project that I have mentioned before.