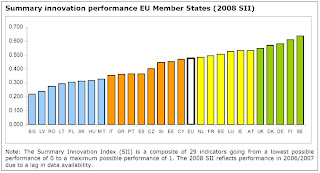 George Orwell would have been a blogger. He was surely one of the greatest British essayists of the 20th century. Certainly my favourite socialist of all time. He wasn't afraid to challenge orthodoxy: including leftwing orthodoxy. Here is what he had to say about socialism and happiness:

I suggest that the real objective of Socialism is not happiness. Happiness hitherto has been a by-product, and for all we know it may always remain so. The real objective of Socialism is human brotherhood. This is widely felt to be the case, though it is not usually said, or not said loudly enough. Men use up their lives in heart-breaking political struggles, or get themselves killed in civil wars, or tortured in the secret prisons of the Gestapo, not in order to establish some central-heated, air-conditioned, strip-lighted Paradise, but because they want a world in which human beings love one another instead of swindling and murdering one another. And they want that world as a first step. Where they go from there is not so certain, and the attempt to foresee it in detail merely confuses the issue.

If he had been editor of Marx's Das Kapital then communism might actually have succeeded (though I doubt Orwell would have welcomed that). Luckily he wasn't, and we got the dense verbiage of Volume 1 instead (I hadn't the heart to read Volume 2 having endured the former).

But there's a problem with human brotherhood as a motive: it doesn't scale. We can love our family or our favourite football team, but there's a limit to how much such motives can be relied upon. As Eric Raymond says in a fascinating interview over at Econtalk, "love doesn't scale". And he's talking as a founder member of the 'hacker' community of software developers who have brought us Linux, Wikipedia, Firefox (which I'm using) and so on. Indeed, the speed and scope of free software development is quite amazing.

Socialism's and Communism's failure was it's attempt to scale brotherhood. Which is not to say there is no place for such motivations in a free market economy and society. Clearly there is: look at the ever growing number of charities, for example. And the emergence of the 'freeconomy' that Chris Anderson and others have been talking about has ironically brought us closer to the socialist ideal (thanks to the success of capitalism) than any top down five year plan. Imagine if a government department had been given the task of building a state-owned, monopoly version of Google back in the 1990s. A truly scary thought ...

But the time and resources dedicated to creating the freeconomy must be paid for somehow or other. There must be some way of earning money from the application/extension of the free stuff. Which is (the always interesting) Kevin Kelly's point. As he observes:

So what is scarce in the freeconomy? Kelly points to eight sources:
Best read the original post for the details. But it strikes me that it's not a bad menu for Irish businesses and innovators to work through in order to identify the opportunities for growth and profit that will contribute to recovery. And the good news, for a change, is that Ireland is reckoned to be a 'growth leader' among the 'innovation follower' nations in the EU - that's according to the European Innovation Scoreboard 2008 (pdf): summary chart above.

The path to future economic recovery and success is a Hayekian path. It will be one that recognises the distributed intelligence of thousands and millions of economic actors co-creating the products and services that others wish to buy. Even if some of the tools they use are from the freeconomy. The Acton Institute's Michael Miller intuites this:

Markets are the combined activities of millions of individuals and families. They are not composed merely of some guys on Wall Street; they are made up by us. Like anything else run by humans, markets are not perfect and can fail ...

Despite their failures however, free markets have lifted more people out of poverty and helped create prosperity and peace better than any system ever devised. So much so that even in today’s financial downturn, as hard as it may be, very few people who live in mature market economies are completely without resources or on the brink of starvation. Notice that markets are often blamed for the downturns, yet we tend to forget the cause of the upturn.