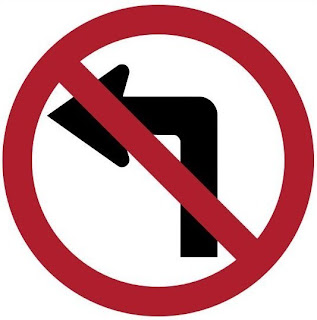 The Capitalists will sell us the rope with which we will hang them. Vladimir Ilyich Lenin

Today, the last group one can expect to fight for capitalism is the capitalists. Ayn Rand

How right they both were. These are glorious times for socialists and the Left generally. Those paragons of capitalist excess, the banks, have been reduced to welfare queens queuing for their next taxpayer funded handout. No wonder the Left are gloating - I don't blame them.

As it collapses, we see starkly what this era of capitalism created: a plutocracy that has accumulated unprecedented wealth. By contrast those on median incomes were cajoled, persuaded and seduced into piling up punishing levels of debt and putting an unprecedented amount of household labour (double earners became the norm) into insecure jobs.

We are facing not just an economic crisis but a moral one also. What was the legitimacy of a system that pursued economic growth for its own sake with a wilful disregard for whether it produced a good life? It has resulted in the highest levels of inequality in a century and squandered our environment, communities and well being.

Ireland bought into this scheme of things with enthusiasm. The Irish banks epitomised this embrace of Casino Capitalism. They engaged in too much mortgage lending (financed by heavy foreign borrowing) into an unsustainable housing price and construction boom.

... Ireland’s current abysmal position is the result of the pursuit of economic policies which were partly based on a now defunct economic model. This was the turbo-liberal economics of Thatcher and Reagan dominated by de-regulation, liberalisation and privatisation. This system has collapsed in a very short time, humiliatingly and with a bang.

For the Left (and a few bishops and cardinals) 2009 is Capitalism's 1989 (when the USSR/Berlin Wall fell). Schadenfreude indeed. Naturally this has prompted demands for a huge expansion of the State through a mixture of Keynesian and plain-old-fashioned socialism. Michael Taft has set out an agenda for just this in the Irish Left Review (he has an excellent blog over at Notes on the Front). I've debated some of these issues with Michael (and Stephen Kinsella) recently via Slugger O'Toole - you can listen to it here.

In fairness, it has to be said that some of the Left's analyses of how we got into the current mess are excellent: this paper from New Left Review by Peter Gowan is one of the best explanations of 'leverage madness' I have read so far. It's a little conspiratorial (the default setting for most on the Left), though I suspect on this occasion he might be right about the diagnosis (though not the prescription).

But the fundamental problem for the Left is that the State cannot afford their ambitions. The banking crisis has seen to that. John Redwood has said about the UK situation: "The government has to avoid moving from a very serious problem of weak and overborrowed banks, to an even worse problem of a weak and overborrowed state." The Irish Government already has. Standard & Poor's lowered Spain's credit rating yesterday, Ireland's will follow this week or next (if not this afternoon).

The Irish Government is in the process of turning a crisis into a catastrophe via the nationalisation of Anglo Irish Bank. As Morgan Kelly point's out in today's Irish Times:

This is the central point about the bailout of Anglo Irish, and one that has not received any attention: the only effect of a bailout is that the Irish taxpayer will make up the losses of Anglo Irish’s bondholders instead of the insurers who had already been paid to underwrite the risk.

Why it is necessary to transfer Anglo’s losses from the writers of Credit Default Swaps to the Irish taxpayer is something that the Government has not thought to justify.

Indeed, what has been disturbing about the entire Anglo affair is that at no stage has the Government felt it necessary to explain why any bailout was needed, beyond inchoate mutterings about the “systemic importance” of Anglo Irish.

The reality is that Anglo has no importance in the Irish financial system. It existed purely as a vehicle for a few politically connected individuals to place reckless bets on the commercial property market. These property speculators may be of systemic importance to the finances of Fianna Fáil, but their significance ends there.

In ordinary times, piling €30 billion of Anglo Irish losses on to the national debt would be painful and pointless but not impossible. These however are not ordinary times. International debt markets are flooded with governments trying to borrow. The other Irish banks are dangerously short of capital. Most importantly, the Irish economy and government finances are collapsing.

We will likely see the further nationalisation of other Irish banks in the coming days or weeks. This will be the biggest expansion of the power of the State since the Second World War. Though nationalisation may serve a necessary purpose in extremis, the ability of our current incumbents to do so successfully must be seriously in doubt.

All of us concerned with our nation's future - Left, Right or Centre - must look on these latest developments with alarm and foreboding. Our capacity as a nation to steer our own future course is now being severely hamstrung by political incompetence rather than political ideology.