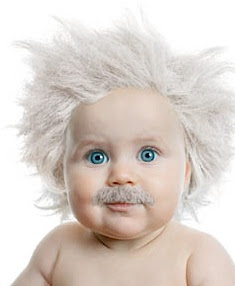 Have we over-invested in third level education in Ireland? I'm beginning to think so, and the recession might be a good time to rethink our educational priorities as a nation. The debate about third level fees masks the real debate, namely: is paying for so many young people to go on to third level (and fourth level), as currently structured, the most effective use of their time and our money?

Arguably not. After all, the intention behind taxpayer funding of an educational system is to meet the nation's ongoing needs for suitably educated adults and workers. Achieving that outcome doesn't necessarily require the education system that we currently have; let alone the disproportionate share of taxpayer funding versus private funding or self-funding. But the issue goes much further - as Wilk Wilkinson notes in relation to the US debate about the value of college education:

The issue isn’t “quantity of educated citizens,” it is the “quantity of citizens with economically remunerative skills,” which just isn’t the same thing. The pre-schooling distribution of ability to acquire economically-valued skills may put a pretty hard limit on the usefulness of pushing people to spend ever more time in college. ... You can think of this in IQ terms, like Charles Murray, or in early childhood development terms, like James Heckman. But it remains that inequalities in skill-acquisition abilities may not be ameliorable by getting more kids to spend more time in college.

Measures such as the proportion of Leaving Cert students going on to third level may actually be irrelevant to the task of maximising 'the quantity of citizens with economically remunerative skills'. Which in turn is only one (albeit an important one) of the outcomes that should be inherent in an effective education systems. Especially one I'm obliged to pay for as a taxpayer. Another such outcome is that of social mobility and the chance to escape from poverty. The problem here is that work by James Heckman and others (read this 221 slide opus if you have the time) points to the formative influences of early education (pre-school and primary) and parenting on subsequent lifetime earnings and career success. Influences that cannot be 'made up for' through easier access to third level education later on.

Which is why I find the 'random' nature of the government's education policies to be quite disturbing. Take the recent decision to cut special teacher support for children with mild learning difficulties in 119 schools. The 'savings' from such measures will pale in comparison to the costs of those children falling further and further behind their peers and then entering a workforce without 'economically remunerative skills'.

We need to take the government out of primary and secondary educational provision as far as possible. Let individual schools decide how best to allocate budgets, and let headmasters and headmistresses be empowered to hire the best teachers they can afford and fire those who are not up to the job - and pay them by results. Also, let religious, secular, charitable and private enterprises be the providers, subject to sensible quality standards.

As for third level education, I wonder will young people vote with their feet? The re-introduction of third level fees will have several consequences. Students (and their parents) will look much harder at the costs and benefits of 3-4 years in full-time education: more if you throw in post-graduate study. Right now, a lot of students look on third level as a form of 'sheltered employment' - an adult daycare scheme that postpones their inevitable confrontation with the real world (aka: the labour market, especially one in recession).

But I have spoken to a number of quite bitter trainee solicitors and accountants recently who have found themselves booted out of graduate recruitment programmes in the big legal and accounting firms for failing various professional exam stages. If they had had to borrow to pay their third level fees before even beginning their training then they would be in an even worse situation than they find themselves: victim of the great college hoax as it has been called in the United States.

And yet the demands of a 21st century economy like Ireland's requires that we do produce people with the right mix of education, training and skills to meet the changing labour force needs of businesses. But there is no reason why that task needs to be channelled through institutions little changed in a thousand years. Initiatives such as iTunes University have been shown to get better results than the plain old lecture hall and notes variety. Tie that into changing workplace practices (look out for a surge in internships, apprenticeships and sabbaticals) and you can begin to see how third level education could be more effectively delivered in the workplace rather than on the campus.

And it might even cost me less as a taxpayer. Though I suspect I'll be paying a lot more as a parent. As it should be.
Posted by Gerard O'Neill at Sunday, February 22, 2009