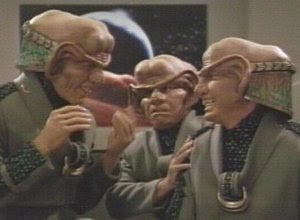 Innovation is overrated. Entrepreneurs don't really matter. I know: blasphemy, blasphemy. But ... it's true. Most innovations fail - so do most entrepreneurs. The vast majority in fact. It gets worse: most (97.8%) of the gains from innovation accrue to others, not to the innovators.

Which is why I think initiatives such as the Government's to build the Smart Economy are deeply flawed. The idea that the source of our future wealth and wellbeing lies in more Phds and more patents is utter nonsense. As Amar Bhidé pointed out in a recent interview, I am more likely to gain from innovations in China or India than I am from any in Ireland. The tools that I use in my work have been invented elsewhere - but so what? The value that I create with Dell computers manufactured in China and software designed in Seattle vastly outweighs the costs of those particular inputs.

Nowadays, really valuable innovations are those with a high 'Innovation IQ' or Interoperability Quotient. In other words, it is the ability to make new connections between existing systems, platforms and networks that unlocks massive new business opportunities than any isolated inventions. Google could not have come into existed without the world wide web. Nor the iPhone without mobile phone networks. We Irish should become more like the Ferengi (who had 178 words for 'rain' we're told) - using innovations invented elsewhere to create new businesses and entire economic sectors. Though I'd like to think we'd, er, pay for them first.

It is this insight that is at the heart of what Havas Media Lab's Umair Haque calls The Smart Growth Manifesto - with its focus on outcomes, people, connections and creativity. Bhidé says much the same thing: it is people who determine the 'innovativeness' of an innovation - not the inventors.

I think most people intuit this nowadays. I recently ran a workshop in county Louth, looking at business opportunities arising from its age friendly county initiative. What was encouraging was the instinctive grasp of the need to "use what we've got, together" - rather than to be the first to ever do something or to invent some new technology or something. They are very much focused on their Innovation IQ: and I have no doubt will benefit accordingly.

Likewise, initiatives such as the Irish Recovery resource are about forging connections and raising our collective Innovation IQ. Much smarter than fretting about R&D shares of GDP and other such distractions.
Posted by Gerard O'Neill at Friday, February 20, 2009