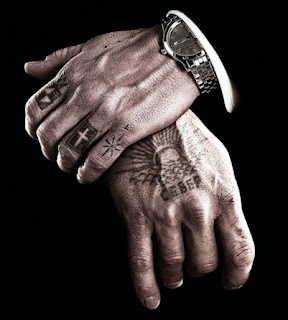 I was chatting to a waiter from Latvia in a coffee shop last week. Business was slow so I asked him: "any plans to go back?" He laughed: "go back to what?" Latvia, as it happens, is the one EU country that does make our own dismal situation seem, well, less dismal by comparison. But it isn't just Latvia: practically all the EU accession states (EU15 to 27 in the jargon) are now facing truly horrendous economic prospects as the financial crisis washes up on their shores. The Daily Telegraph's Ambrose Evans-Pritchard (admittedly not the most optimistic of commentators as a rule), noted recently that:
It nearly makes our own parochial problems here in Ireland seem quite manageable by comparison don't you think?

So what to do? The answers range from calls on the ECB and European Commission to put together a rescue package to save the accession states - to something far more radical, namely: let them all join the eurozone right away before the EU is torn assunder by the crisis.

Ireland is the focus of a lot of negative commentary right now about the eurozone and about the risk of sovereign defaults. Something tells me the focus is about to shift east very, very quickly. Nor do I expect many of the 205,000 others like my Latvian waiter who are living and working here in Ireland to be moving back home any time soon.
Posted by Gerard O'Neill at Saturday, February 21, 2009