Grow Your Own Bank 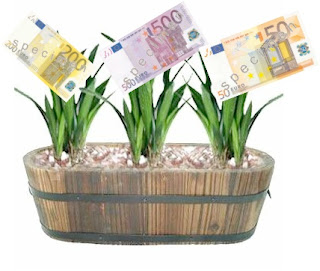 I was speaking to an accountant recently about an initiative in Munster. Apparently one of the larger US finance houses has withdrawn a 'fee payment loan' facility that accountants could previously offer clients to spread audit fee payments over twelve months. Some accountants in the region got together to set up their own credit service (investing some of their own capital). Then it struck them: why stop at fee payment loans - why not go the whole hog and become a commercial bank?

And why not? I agree with Michael Lafferty in today's London Times, that we need banks who just do banking - regardless of the endless good bank/bad bank/nationalisation debate about our seemingly comatose incumbents:

So politicians and regulators may come to realise that far too much attention has been given to salvaging the failed universal bank model and not enough to finding a better retail banking model for the future. That model should be the standalone and highly disciplined retail bank. It could be a private company or quoted on the stock market, or it could be based on the building society model or some new form of mutual. By definition, it should not be owned by a bank holding company within a group that includes corporate and investment banks, because in this new system there would be no so-called synergies between different types of banking activity.

Banking is a fundamentally simple business. PIMCO's Paul McCulley explains it thus: banks leverage the money they receive in deposits, relying on the 'stickiness' of depositors who are unlikely to want to withdraw all their money all at once:

Accordingly, the genius of banking, if you want to call it that, has always been simple: A bank can take more risk on the asset side of its balance sheet than the liability side can notionally support, because a goodly portion of the liability side, notably deposits, is de facto of perpetual maturity, although it is de jure of finite maturity, as short as one day in the case of demand deposits.

Thus, the business of banking is inherently about maturity and credit quality transformation: banks can hold assets that are longer and riskier than their liabilities, because their deposit liabilities are sticky. Depositors sleep well knowing that they can always get their money at par, but because they do, they don’t actually ask for their money, affording bankers the opportunity to redeploy that money into longer, riskier, higher-yielding assets that don’t have to trade at par.

... Thus, the genius of modern day banking, again if you want to call it that, has always been about exploiting the positive spread between the public’s ex ante and ex post demand for liquidity at par, in the context of levering the two safety nets – the central bank’s discount window and deposit insurance underwritten by taxpayers – which provide comfort to depositors that they can always get their money at par, even if their bankers are foolish lenders and investors.

Nothing special there: it's only when you have weak regulators, compliant politicians and naive board directors that you get the kind of malignant abuse we are now learning about on a daily basis. That and bankers who forget they're running a utility, not a casino.

Instead of merely 'rescuing the banks' (however that's done, and for whom?) we should be encouraging everyone to grow their own bank. Like the accountants in Munster. But we don't need to stop there. We should be looking to the emerging potential of the web to create Banking 2.0. If we have crowdsourcing and crowdfunding then why not crowdbanking? The credit unions could do very well in this scenario I suspect.

And it goes even further. Why let the European Central Bank have all the fun: what if we could develop our own currencies while we're at it? Local currencies, as they are sometimes known, did well in the Great Depression: this might be their time again. As people like Richard Douthwaite and Bernard Lietaer have imaginatively argued, the potential to rethink money in light of both the economic crisis and the tools now available such as the web could unleash extraordinary new and innovative means for a better life for millions. And it might even mitigate the need to tie the nation's fortunes to those of banks who brought all their troubles entirely upon themselves.

Think I'll run that one by my accountant next time I see him ...
Posted by Gerard O'Neill at Wednesday, February 25, 2009