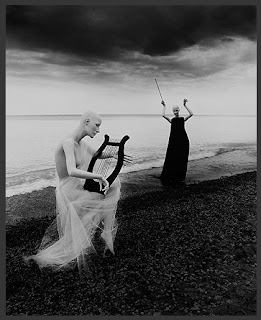 There has lately been a disturbing surge in Pessimism Porn in Ireland. I was discussing this recently with Landon Thomas Jr for an article he has written in today's New York Times. People are mesmerised by the seemingly endless stream of bad news, scandals and shocking developments. Worse, it is becoming addictive: newspapers are full of advice on how to slash your spending, even when you don't have to (and even if it results in newspaper advertising falling, duh). In America, gun sales have gone through the roof as everyone hunkers down and waits for Mad Max to meet Dawn of the Dead.

Where are the Catholic Hierarchy with their condemnations when you need them? Right now in Ireland we are experiencing what Keyne's aptly described as the Paradox of Thrift. People are fearful about the future and their jobs: so they cut back on spending, thereby leading to reduced consumer spending which ultimately causes their employer to make them redundant ... We are victims of irrational despondency - just as crazy as the irrational exuberance that got us into this mess in the first place.

Remember one thing: the future doesn't exist - it is a (mostly emotional) mental construct. So be careful what you build. And don't forget that we never reach the future: the end is nigh is one of those threats that keeps receding over the horizon.

I'm with Will Wilkinson - let's lose the austerity chic:

I doubt people really think it’s better to leave yourself and everyone else worse off. My diagnosis is that most people either don’t get the idea of periodic downturns and recoveries and so tend to suspect with each serious recession that this time everything may go to shit permanently (which is true, it might, but what are the odds?) and to infer that prudence demands hoarding.

We need to be positively prudent: those without debt (47% of all Irish adults in a recent survey by my company) have money to spend and there are great bargains to be had in shops, retaurants, hotels, theatres and car showrooms. They should buy what they need and can afford - without going into debt obviously. Those in debt need to pay down their debts: sorry - there's nothing else you can do really (and don't do what Americans did after 9-11 and go shopping at the behest of their President: he meant 'go borrowing' - and we know how that ended).

Nevertheless, by being positively prudent we can avoid turning a recession into a depression: even if the former doesn't provide quite the same prurient appeal as the latter.
Posted by Gerard O'Neill at Saturday, February 28, 2009