What Would Hayek Do? 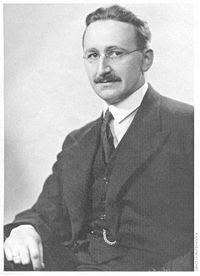 The problem with socialism is that you eventually run out of other people's money. Margaret Thatcher

The Government is running out of money. Yesterday's Exchequer Returns for January were grim. Overall tax returns were down nearly 20% year-on-year: while some categories - such as Capital Gains Tax and Stamp Duties - were down 72%. Today's shocking rise in unemployment towards 10% means that the Budget deficit is threatening to become a chasm.

There has been lots of discussion about what the Government should do - whether through tax increases, borrowing or spending cuts. Or all three. David McWilliams proposes in today's Irish Independent that the Government should engineer things so as to 'force people to spend'. Keynesianism in one country, if you will. I think David has called it right more often than he has called it wrong, but I think we're beyond the point of just reflating spending to get us back on track. The economy doesn't have a flat tyre: the wheels have been removed and it's now resting on bricks.

One of Keynes fiercest (though respectful) critics was Friedrich Hayek. Hayek understood that the microeconomics of prices, risk taking and productivity were at the heart of economic growth - and economic recovery from recessions. The latter were the consequences of monetary mismanagement and malinvestment during speculative booms funded by the wrong monetary policy (think German savings being channelled by tax relief chasing Irish property developers to build apartment blocks in Leitrim).

As I've said before: recessions are a macroeconomic phenomenon; recoveries are a microeconomic phenomenon. The genius of Hayek was to understand that the only path to sustainable economic growth is one in which economic decision making and actions are distributed widely throughout society, with a limited role for central government (who in turn could never possibly know more than the distributed wisdom of the crowd - that was his main criticism of Keynesianism as it evolved to become an excuse for politicians to spend other people's money).

A Hayekian response to those calling on the Government to borrow (even more) money to spend now is best captured in this essay by Dick Armey:

The problem with government attempts to manipulate the economy through fiscal policy -- spending that takes resources away from those who are productive and redistributes it to politically favored interests -- is that it is audacious. It assumes that government knows better how to spend and invest than individuals acting in their families' best interest.

"The real question," according to Hayek, "is not whether man is, or ought to be, guided by selfish motives but whether we can allow him to be guided in his actions by those immediate consequences which we can know and care for or whether he ought to be made to do what seems appropriate to somebody else who is supposed to possess a fuller comprehension of the significance of these actions to society as a whole."

In reality, no one spends someone else's money better than they spend their own.

We are now living with the consequences of a massive malinvestment of resources in property in Ireland, exacerbated by the global economic downturn. There is no magic wand (aka: government spending) to get us back to the status quo ante. There is no going back to 'normal' because what we have experience over the past 7-8 years was grossly abnormal.

It will take some time to unravel the damage done by the speculative binge we all lived through. What we do not need are actions that make things worse by massively inflating public debt to add to the grotesquely high level of private debt. We owe it to future generations not to lumber them with the consequences of the mess we have made in this generation.

But there are things the Government can do to enable and empower individuals and firms to use their resources more wisely and more productively. Among these I would include:
We are a small country, with a genuine sense of our collective identity, history and future. Ní neart go cur le chéile as Hayek didn't say - but he would have understood the sentiment of letting the distributed genius of the people work for the greater good of us all.
Posted by Gerard O'Neill at Wednesday, February 04, 2009