In Praise of Failure 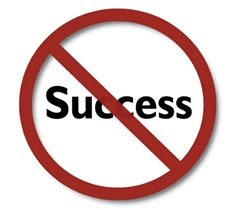 I've been a fan of Nassim Nicholas Taleb ever since I heard him in an EconTalk podcast a couple of years ago. I've heard him a lot since, and whenever you hear someone repeatedly it does tend to seem like he's saying the same thing over and over again. So I approached the latest EconTalk interview - a sequel to the previous one in effect - with some trepidation, partly expecting a repeat of much of what he had said before. Fortunately it isn't, and instead we are treated to some interesting discussions about medical discoveries, religious beliefs as insurance against probability, why most universities are poor innovators, and Hayek. With the occasional sideswipe at the 'quants' who brought about the current financial crisis. It's good stuff - well worth listening.

Taleb's core thesis in his books is that historical data (always partial and incomplete) is rarely able to prepare the user for extreme shocks in the future (fat tail events, as he calls them). Failure in human affairs is both inevitable and, often, beneficial. He makes the point in the podcast that capitalism is about failure. Figuring out what doesn't work (or what the market doesn't want) is as important a part of the free market mechanism as is figuring out what works and is successful. Which is why he is angry about the various attempts now being made to rescue failed banks around the world. They should be allowed to fail so that others will succeed, presumably by avoiding the mistakes of the failures. But that doesn't seem to be what is happening in Ireland or elsewhere. As Interfluidity puts it about the US (and similar) bank rescue package:

Of course the whole notion of repairing bank balance sheet is a lie and misdirection. The balance sheets we should want to see repaired are household balance sheets. Banks have failed us profoundly. We want them reorganized, not repaired. A world in which the banks are all fixed but households are still broken is worse than what we have right now. Too-big-to-fail banks restored to health are too-big-to-fail banks restored to power. The idea that fixing legacy banks is prerequisite to fixing the broad economy is a lie perpetrated by legacy bankers.

Taleb's perspective is similar to that of Paul Ormerod, a former colleague, whose book - Why Most Things Fail - anticipates (because it predates) some of what Taleb has to say in The Black Swan. I've just finished reading it and would recommend it. One thing Ormerod points out in his book is that:

More than 10 per cent of all economically active firms in the US become extinct each year. It is a distinctive feature of firms, and any theory of the firm should attempt to explain it. Conventional economic theory can only do so by positing an endless supply of completely unexpected shocks, for otherwise the perfectly informed, rational decision-making firm could never die. It would live forever ...

To repeat a key phrase which needs to be hard-wired into the brain of every decision-maker, whether in the public or private sector, intent is not the same as outcome. Humans, whether acting as individuals or in a collective fashion in a firm or government, face massive inherent uncertainty about the effect of their actions.

Ormerod also has some interesting things to say about the dangers of regulation in light of his analysis (as does Taleb in his interview: it was regulators who insisted on the use of 'value at risk' measures that misled market participants as to the true nature of the risks they were taking, or 'returnless risks' as he sarcastically puts it). Here's Ormerod:

Regulation that serves purely to intensify the internal degree of competition in a dynamic, evolving system can have adverse consequences for the system as a whole. As the degree of this kind of regulation increases, initially the adverse consequences are small, but beyond a critical level their impact grows rapidly. And with a high degree of such regulation, the fitness of the system begins to approach zero, at which level it risks total extinction.

Wise words as we anticipate the handover of billions of taxpayers' euro to Irish banks to ensure their 'survival'. What if we end up ensuring the precise opposite? Fat tail anyone?
Posted by Gerard O'Neill at Wednesday, March 25, 2009