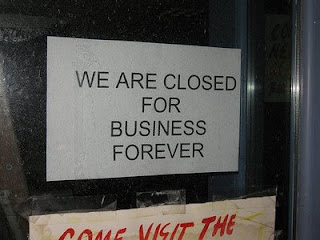 I wonder sometimes if the social partnership process has rendered IBEC a victim of Stockholm Syndrome? How else do you explain their reaction to yesterday's Budget which they described as:

... a credible response to the current difficulties in the public finances. It sends a clear and positive signal that the Irish government is taking effective remedial action over the next five years ... Unpleasant though it is for all of us, the increases in income levies announced today are the most effective means of raising revenue with the urgency and simplicity required.

But what about the Budget's impact on businesses? Not a word from IBEC. I find it extraordinary. The above statement could have been issued by ICTU, CORI, Sinn Féin or just about anyone with no concern for the interests of business.

I've been asking myself, as have others throughout the day: what has the budget done for businesses? What has it done to:

- make it cheaper to retain or hire staff?
- to control or reduce operating costs?
- to achieve or increase profits?
- to expand and export?
- to invest or innovate?
- to acquire or merge?

In a word: nothing. Oh, I forgot: there's the Enterprise Stabilisation Fund - a grand total of €50 million this year. Let's work it out: say there's 1,000 companies eligible for support (about par with the numbers Enterprise Ireland works with every year). That equates to €50,000 in support - or stabilisation - for each company. Jaysus lads, this time next year we'll be millionaires ...

In fairness, IBEC did complain that the fund was ridiculously small - or 'regretably modest' in Stockholm Syndrome speak. That said, personally I'm not a big fan of corporate welfare. It still doesn't do anything for the 30,000 plus other businesses not eligible for a little slice of stability. Hairdressers are rarely in the internationally traded services business - though they employ a lot more people and have many more satisfied customers than most corporate residents of the IFSC I suspect.

In fact, the Budget has made it more expensive to employ staff (most accountants and financial managers are unpaid employees of the Revenue Commissioners these days - they'll be busy ensuring the businesses that do pay their salaries are 'tax - and levy - compliant'). The Budget has also sucked money out of an economy that is already contracting at depression rates leaving less to spend on the products and services provided by businesses; higher capital gain taxes provide a disincentive to invest; and the cost of diesel has gone up for those dependent on transportation for delivery of products to customers.

I would like to have seen a budget that made it cheaper to retain and hire staff (e.g.: through a moratorium on the minimum wage for 3 years and an end to employers' PRSI); that reduced the price of goods on sale to consumers (lower VAT); and that incentivised companies to acquire profitable businesses in the BRIC economies to ensure an Irish foothold in the next wave of global growth.

We need organisations like IBEC, the SFA, Chambers Ireland etc to put businesses first - and to not be ashamed about it. It's time to set the hostages free.
Posted by Gerard O'Neill at Wednesday, April 08, 2009