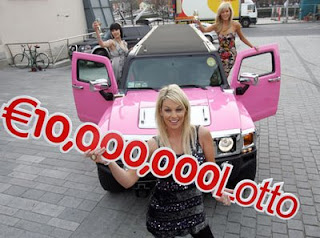 Constantin Gurdgiev has done me a favour. He has answered a question I've been pondering these past few months, namely: how much wealth will be wiped out by Ireland's spectacular economic implosion. The answer: €470 billion. Ouch.

It seems to me Ireland is experiencing the most extraordinary destruction of wealth of any developed country in the post war period. Okay, with the exception of Iceland. There's always Iceland. Nevertheless, our get rich quick obsession with property has now turned into a get poor quick contraction of depression-like proportions.

In his analysis, Constantin reminds me of Rule No. 6 of the 7 new rules of financial security:

Rule No. 6 Diversification
Old thinking: A diversified portfolio lowers your risk.
New rule: Diversification won't always save you - and you need more of it than you think.

I'd suggest you familiarise yourself with the other rules. One thing is for sure, the path to future wealth will be a whole lot different to the path we were on. Bill Gross puts it neatly:

In a sense, we are all children of the bull market, although some of us are more mature than others – a bull market of free-enterprise productivity and innovation, yes, but one fostered by a bull market in leverage, deregulation and globalization that proved unsustainable in its excesses. We now must view ourselves as chastened adults, forced into acknowledging a new reality that is dependent upon bear-market delevering and debt liquidation to deliver us to our new and ultimate restructured destination – wherever it lies. Thus, while historians might describe these years as an evolution, for those of us living it day-by-day it most assuredly has the feel of a revolution. Much like Irving Fisher’s “permanently higher plateau” of prosperity that was quickly turned on its head in 1929, those who would forecast a “permanently lower valley” of despair might similarly be off the mark. Yet there should be no doubt that the bull markets as we’ve known them are over and that the revolution is on. Investing is no longer child’s play.

Of course, the delevering and liquidation isn't over yet. Who knows what the fall out will be from the bank bailout mark 2 (or is it 3 or 4, I'm losing track). Perhaps instead of calling it the National Asset Management Agency (NAMA) they should have called it the Mostly Assets Management Agency - MAMA sounds so much more reassuring don't you think?

But I think Bill Gross is right: we are experiencing something more akin to a revolution than an evolution - globally and nationally. Which is why I think we'll see a lot more ideas in future like the Finance 2.0 Manifesto. Or growing your own bank. The path to future wealth may not be as rapid as the previous one, but hopefully it will be much more enduring.

And if all else fails there's always, er, this weekend's lottery: €10 million tax free (an endangered concept if there was one). And if you won you could borrow another €70 billion against it and buy some property in ... no, no stop! Oops, I guess the baddest habits die hardest ...
Posted by Gerard O'Neill at Thursday, April 09, 2009