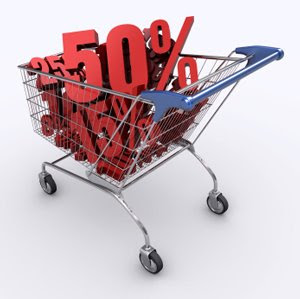 Something has been bugging me about the Budget since Tuesday. And it isn't just the smash 'n' grab on Ireland's tax-submissive middle class. Rather it is the expansionary assumptions at the heart of the projections for this year through to 2013. Price deflation is expected to give way to inflation next year, and economic contraction is expected to give way to growth in a little over 20 months time.

But as the government's own macroeconomic analysis points out (pdf), the risks to its projections are on the downside:

The main identifiable risks include:
• A steeper or more prolonged downturn in our main trading partners;
• The possibility that global financial market problems persist for longer than expected;
• Further exchange rate appreciation, particularly against sterling;
• The possibility that declining price levels (in Ireland and possibly in our main export markets) feed into expectations and lead to a more prolonged deflationary environment;
• Further out, there is the possibility that cyclical unemployment may become structural, thus limiting the ability of the economy to achieve growth above trend.

You don't say. But that being the case, why has the government relied on the unpredictable path of tax increases to close the budget gap rather than the more certain one of spending cuts? Politics presumably. But the tax-and-cut approach only works if the rest of the world recovers soon and drags us out of our home grown depression. That's a really big IF.

I hope someone in the Department of Finance is doing some scenario modelling in relation to radically different futures to that set out in the Budget. Take the second last of the downside risks listed above, namely 'a more prolonged deflationary environment'. Paul de Grauwe has set out a compelling analysis of the four deflationary spirals we are now caught in. He describes them thus:

... The four deflationary spirals that we described have the same structure. The actions by economic agents create a negative externality that makes these actions self-defeating. This spiral is triggered by a collective movement of fear, distrust or risk aversion (animal spirits; see Akerlof and Shiller(2009) for a fascinating analysis). Individuals (savers, firms, banks) are unable to internalize these externalities because collective action is costly. There is thus a failure to coordinate individual actions to avoid a bad outcome.

... Cyclical movements in optimism and pessimism (animal spirits) have always existed. Why do these now lead to such a breakdown of coordination?

The four deflationary spirals we identified, although similar in structure, are different in one particular dimension. The savings paradox and the cost deflation can be called “flow deflations”. They arise because consumers and firms want to change a flow (savings and profits). The other two involve the adjustment of stocks (the debt levels and the levels of credit). We call them “stock deflations”. Problems arise when the flow and stock deflations interact with each other.

The biggest threat is that of bank credit deflation. De Grauwe makes a compelling argument for bank nationalisation, also argued compellingly by Karl Whelan in recent posts over at The Irish Economy blog.

The irony is that our membership of the eurozone has deprived the Minister for Finance of the one sure 'solution' to our current difficulties, namely engineering massive inflation. Some, such as Richard Douthwaite, have even argued that we need to engineer inflation in order to smooth the transition to a more sustainable economy, but the ECB seem to have other plans for now.

The government appear to be the last ones to have grasped that we have entered a new age - one in which inflation and growth may not return for a lot longer than their tax projections assume. A new age in which businesses and households focus on restoring their balance sheets rather than return to the normal expansionary activities (borrowing, dissaving etc) that drove recovery in the past. And this is assuming there are no more black swans out there, driving us even further into our bunkers: like another stomach-churning fall in stock markets in the coming days or weeks.

Most citizens and businesses I talk to assume we're at the start of a process of painful adjustment that may run for another 3-5 years before things get back to 'normal'. The government, as ever, appears to be following reality at something a lag. I hope it catches up soon.
Posted by Gerard O'Neill at Saturday, April 11, 2009