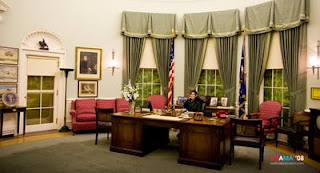 I was chatting to a Dublin-based lobbyist recently. He told me about a meeting he had in Strasbourg. The meeting was with a group of four German and Dutch MEPs. Three of them had PhDs - two in science - the fourth was an engineer. He was amazed - all his experiences of dealing with Irish politicians simply hadn't prepared him for the calibre of democratic representatives he met that day.

Which brings me to the Tánaiste Mary Coughlan. Unfortunately. As it happens, I'm a fan of John McGuinness TD, ever since his rage against the machine about the 'permanent government' aka the civil service. Another reason I like John is that he has actually worked in business - as a managing director of a courier company. A qualification nearly as rare as a PhD amongst our elected representatives. But he is the exception rather than the rule, alas. His replacement - Billy Kelleher TD - was a farmer. His former boss, Mary Coughlan TD, was once a social worker.

In Irish politics it seems that the winning formula for electoral success is to a) have a genetic relationship with the previous incumbent (preferably patrilineal), and b) be very good at running election campaigns. The ability to actually do the job you're elected to do is, well, immaterial - as some of our senior political figures are proving exhaustively.

But what's especially galling about the current poverty of governance in Ireland is that, economically speaking, we should have the world's best politicians. A recent paper by Ferraz and Finan entitled Motivating Politicians: The Impacts of Monetary Incentives on Quality and Performance (ht Anti-Dismal) finds evidence that:

... improving financial incentives can improve the quality of government, at least in a local context. Higher wages attract better politicians, induces more effort, which ultimately leads to more public good provision. This occurs even in an environment where agents are motivated by other aspects of the position they hold: ego-rents, ideology, intrinsic motivations ... However, whether this increase in performance is due to the positive selection of politicians or the incentive effects of higher wage is difficult to identify. The effects of wages on politicians’ performance are robust to changes in the composition of the observable characteristics of the legislature, suggesting that the effects are not exclusively due to selection.

The problem is, Irish politicians are amongst the highest paid in the world. So surely we should have the best politicians money can buy - sorry - motivate? Maybe Garret Fitzgerald's suggestion that politicians should be paid 'less' than they're worth might be an interesting, contrary experiment to run instead? Could the results be any worse than what we've got already?
Posted by Gerard O'Neill at Monday, April 27, 2009