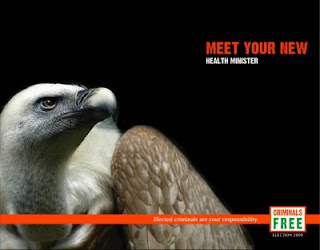 If the past twelve months have been bad for free marketers, the next twelve months are going to be terrible for the Left. The historical promise of the Left has been: "give us the reins of power and we will make things better from the bottom up". Historical evidence to the contrary, of course.

Making things better rapidly defaults into: increased taxes, increased spending (and/or borrowing), and favouring the public provision of services over private provision. To be fair, there have been islands of near achievement in this regard (geographically as well as historically), but they usually ended badly for the same reason: the Left can't say NO.

As Stephen Horwitz observes, the Left are trapped in a world in which 'ought implies can':

One of the most common objections to free markets is that they ignore ethical considerations. In particular, critics argue that there are many things we “ought” to do that they believe will make people’s lives better off. We ought to “redistribute” income to the poor, they say. We ought to make health care a right. We ought to fix the economy by bailing out the financial industry.

The problem with all these “oughts” is that they eventually confront the principle ought implies can. Can the desired end (improving the welfare of the poor, for example) be achieved by the chosen means (income “redistribution”)? If not, then what does the “ought” really mean? “Oughts” without “cans”–ethical pronouncements without economics–are likely to lead to disastrous public policies.

The converse also applies: just because you can do something doesn't necessarily mean that you ought to do it. But what has this got to do with the crisis facing the Left over the next twelve months? Quite simply, it looks like we are going to have an undreamt off expansion of the state and of government spending in most major economies, but with little in the way of demonstrable benefits for normally left-leaning constituencies, especially lower income workers. Indeed, the rapid collapse in the private sectors in countries like the UK and Germany will mean that the state will soon (if not already) account for the greater part of economic output.

Add to that the de facto and de jure nationalisation of banks in many parts of the world (including the United States and Ireland) and it all might look like the achievement of Marx's call for the "centralization of credit in the banks of the state": now supported by many thoroughly pro-market economists, as noted in this month's Foreign Policy. And yet, and yet ... the Left does not appear to be benefiting from such developments. A recent FT article by John Lloyd discusses the failure of the Left across Europe to capitalise on the so-called 'crisis of neoliberalism', and quotes Olaf Cramme, director of the UK-based Policy Network, a centre-left global policy forum as believing that:

... “despite the scale of the crisis of neo-liberalism, leftwing proposals about how to remake capitalism aren’t being received well. The centre left finds it difficult to offer a credible alternative to how to ensure wealth and security. In fact, in many countries, the conservative parties have been less enthusiastic about the growth of finance capitalism and tougher on regulating the financial sector than the left”.

And there's the rub: most Leftwing parties such as Labour in the UK (and Fianna Fáil during its "we're all socialists too" phase), happily rode the waves of neoliberal, global financial capitalism during the boom, simply plucking a few feathers by way of taxes to fund their favourite boondoggles. But now that the hyper-leveraged ponzi scheme that hijacked the global financial sector has collapsed, the Left are dusting off their copies of Keyne's General Theory in order to figure out how to maintain their favourite boondoggles even as the goose has started to hiss loudly.

The problem is that they should have been reading their Keynes (and better still, their Hayek) during the boom. Keynes would not have approved of the grossly pro-cyclical bloating of the public sector during the boom years that we witnessed in Ireland and elsewhere. But now the finance ministers and chancellors are quoting Keynes in their defence in order to assuage the anxiety of the international bond markets they so depend on. But as Willem Buiter points out (he's one of those pro-market/pro-nationalisation economists referred to in the Foreign Policy piece):

To be an effective Keynesian in a slump, you have to possess a reputation as a fiscal conservative.

A label you would most definitely not apply to our current Taoiseach when he held the finance reins.

All of this means that the Left are painted into a corner mainly of their own making. They supported the "no pain/all gain" expansion of the state during the boom on the back of unsustainable tax flows. And now they are desparately trying to sustain an inflated state even as the real economy is deflating. It can't go on, and it won't.

They are learning the hard way that ought doesn't actually mean can: they will learn how to say 'No' after they figure that 'taxing the rich' is a mere prelude to 'taxing the working poor'. Hopefully they will quickly learn that Big Government cannot be Redistributive Government. I really hope so, for all our sakes. Because history tells us that the failure of the Left doesn't necessarily mean the restoration of healthy, free market principles. Rather it can lead to something much, much worse than well-intentioned Leftwing utopianism: namely to a resurgent fascism, fuelled by xenophobia and ethnic hatreds.

From ought to nought in a few too-easy steps.

(Image from Ads of the World)