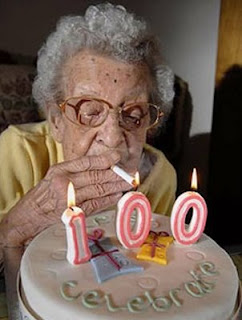 It is social aptitude not intellectual brilliance or parental social class, that leads to successful aging ... the only thing that really matters in life are your relationships to other people.
George Vaillant

Unforeseen consequences again: it seems one result of achieving equality between the sexes is that women are now just as miserable as men. Worse, women appear to be in danger of overshooting this new found equal status by becoming less happy than men. Thirty years ago it was the other way round: women repeatedly described themselves as much happier than men - that's according to a new paper on the Paradox of Declining Female Happiness (pdf - ht UCD Geary Institute).

Tim Worstall has a simple, economic explanation for this so-called paradox:

However, there shouldn't really be any surprise at this finding, not amongst those who have absorbed the second thing everyone needs to know about economics: that there are always opportunity costs.

It's true that women were restricted in the life choices that they could make only a few decades ago. A serious career was incompatible with marriage not all that long ago, a generation or two, and while that did get milder, it's only recently that the wider society has believed that children and a career were both possible. That all such choices, career or no, children or no, are seen as socially acceptable (even if the combinations might not be all that easy to carry off) this is an advance in the choices open to women and thus their liberty.

... However, no one has ever said that such will make us happier. For with more choices comes a problem: there are more things that we cannot do. One cannot be both a childless career woman and a stay at home mother. One cannot be a career woman with children and simultaneously be a career woman without. As the number of possible paths increases so must the number of paths not taken. And as we all know, the true cost of something is what you give up to get it.

But as Worstall points out, nobody wants to remove the freedom of choice brought about by increasing gender equality, even if it appears to make some people unhappy. Which suggests that we value freedom more than happiness. Of course the cynic might suggest that women being unhappy when they get what they want is hardly a new phenomenon (not that I would suggest such a thing, tut tut). Though oddly enough women's expectations of men do appear to change over time. And, not surprisingly, this makes it more difficult for men to know what women want. Which may be why we look to handy guides like how to be a man in 2009.

But if there is any consolation in all these sexual tensions it is that all of us - women and men - tend to get happier as we get older: though first we become unhappy. A recent paper on Happiness & Age Cycles - Return to Start ... shows that happiness (or subjective well being: SWB) is distributed U-shaped by age. The young and the old are happy: the middle aged are quite miserable by comparison. The good news (if, like me, you are over the age of 45) is that you have passed the trough of unhappiness (usually between the ages of 42 and 45), and you can look forward to rising happiness until the age of 83 (when reported happiness equals that of 26 year olds).

As we all know, increased happiness is not guaranteed. In a magnificent essay on the Grant Study of students at Harvard University in the 1930s (and its long term director, George Vaillant) we get some clues as to what makes for a healthy and happy old age. I've quoted Vaillant at the top of the post: it seems that while hell is other people, happiness is other people too. Do read the full essay - it is a delightful combination of social science reporting, literature, philosophy and biography.

That's if you're not too busy juggling your work and family responsibilities of course ...
Posted by Gerard O'Neill at Monday, May 25, 2009