The Economics of Politics 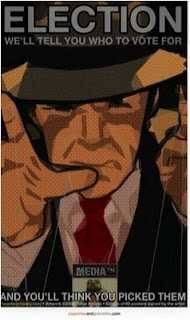 I've been wondering about the point of politics: or political parties to be precise. Walking about Dublin and seeing all the election posters got me thinking about the ways in which politicians communicate with voters. Each poster usually comprises four elements:

And occasionally a reference to other candidates from the same party. At one level it seems like an arcane way of communicating with a general audience. But at another the purpose of the posters and such like seems to be to exploit the recognition heuristic: if one of two categories appears more frequently then the more frequent category is deemed more 'valuable' (according to relevant criteria). There's a fascinating interview, by the way, with Gerd Gigerenzer - co-developer of the recognition heuristic - in a recent interview on the BBC's More or Less programme. It gets more complicated, of course, when it's more than a two horse race.

Association with a political party also serves the purpose of reassuring the voter that the candidate - even if they look ridiculously young to us, er, more mature citizens - has the right mix of values, policies and predictable behaviours for the voter to risk giving them their vote. this might make economic sense for candidates as well who otherwise have to win over every voter one at a time. But the question I've been thinking about is what sort of future can we anticipate for political parties? If their main purpose is one of signalling the values, policies, behaviours etc of individual politicians then surely there are other means of doing this? Increasingly so I would have thought. Facebook, blogger and twitter to name a few. This may be why the share of independent candidates is (slowly) increasing in Ireland - especially in local elections.

But the slow pace shouldn't fool us: I would not be surprised if we experience a Cambrian Explosion in new forms of government and political parties in the coming decades. One driven by the cultural consequences of declining traditional authorities, and the capabilities of the internet and similar tools to drive a process of democratic subsidiarity through local, national and international political entities.

And if I can be indulged a grumpy old man moment, let me also add that I would welcome a change to the law which says any citizen can stand for election at the age of 21. Personally I would like to see the lower age limit raised to 30 years of age. That way we might get more candidates who have actually lived and worked in the real world, rather than the genetic offspring of incumbents who go straight into politics with little ability for anything else. Rant over.
Posted by Gerard O'Neill at Monday, May 18, 2009