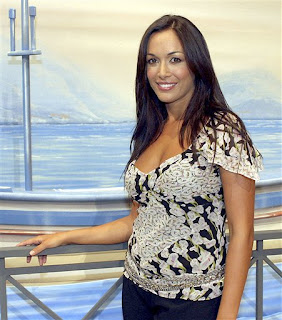 It can't be easy being Silvio Berlusconi. Sure he's worth a few billion euro, in charge of one of the most civilised countries in the world, and surrounded by beautiful women all time ... but still. He does seem to upset a lot of people a lot of the time. Including his wife Veronica Lario, who today announced she's divorcing him (just like his previous wife). Italian politics may result in the same waste and incompetence as Irish politics, but you have to admit it a helluva lot more entertaining.

And it doesn't stop with Berlusconi. Take Mara Carfagna (photo), whom Berlusconi appointed as Minister for Equal Opportunities. Or Mara La Bella as her fans call her. No argument there. Though I can't help feeling that it wasn't just her law degree that got her the job knowing Silvio was involved in the appointment process ...

But perhaps I am being unfair; and guilty of using information selectively to make a blatantly sexist point. A bit like the CSO's recent bromide on Women and Men in Ireland 2008 for example. Once again we are subject to the usual headlines about women earning less than men, women under-represented in politics, women under-represented on company boards ... and so on and so on. You could write the script yourself no doubt.

As usual, the minor facts that men still die five years younger than women; are doing significantly less well in our education system; and are vastly over-represented in our prisons just get ignored by the media (though the numbers are actually in the report). And already the report seems hopelessly dated: the biggest change since 2008 has been the shocking increase in unemployment; and men - you've guessed it - are disturbingly over-represented in that particular trend.

It seems the rush to make the world 'equal' for women means being unfair to men. I don't think Mara would approve - or even Silvio come to think of it.
Posted by Gerard O'Neill at Sunday, May 03, 2009