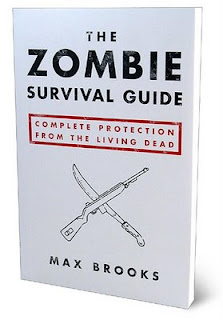 The marvel of all history is the patience with which men and women submit to burdens unnecessarily laid upon them by their governments.
William H. Borah

The government consists of a gang of men exactly like you and me. They have, taking one with another, no special talent for the business of government; they have only a talent for getting and holding office.
H. L. Mencken

You will find that the State is the kind of organization which, though it does big things badly, does small things badly, too.
John Kenneth Galbraith

Sorry for the surfeit of quotations - but there's something reassuring about people reaching the same conclusions as you've reached yourself. We've heard a lot about zombie banks in recent months, but the even scarier sight is that of a zombie government. In other words, a government that appears to be staggering aimlessly from one crisis to the next, taking large bites out of the economy to feed its insatiable hunger for taxes.

Ironically, the current crisis - which has been heralded gleefully by some on the Left as a crisis of capitalism (or neo-liberalism or whatever pejorative you fancy yourself) - is turning into a crisis of the state. And not just in Ireland. Look at the UK and the palpable disgust provoked by the abuse of expenses by MPs. Slowly but surely it is dawning on intelligent, responsible, productive adults everywhere that the people they have elected to run the country on their behalf are simply running it for themselves. It's the Principal-Agent Problem writ large.

Nor does it stop there. Any exposure to Ireland's health, education and policing services will leave you wondering 'is this all you get?' for the money you spend via your taxes. People's wonderment will no doubt increase further as the amount the government pays itself first out of their salaries and wages goes up sharply at the end of this month. Worse, our Zombie Government will likely be back for another bite as early as this July if tax revenues continue their free fall.

There is an implicit social contract between a people and their government in relation to taxation, and right now that contract is breaking down. Just as we learned that the banks did not have our best interests at heart as customers and shareholders after all, so also we are learning that governments are motivated by purposes other than those of the citizens who elect them.

So what to do about the zombies (in the absence of a shot gun ;-)? Just as people are figuring out how to manage without banks, they'll figure out how to manage without governments too. We're all a lot older and wiser than we used to be - most adults don't need a nanny Taoiseach or Tánaiste to tell them how to behave or what to do. The vast majority of us work in the private sector where we are used to taking responsibility and accepting the consequences of our own actions (be they success or failure).

That's why I like the Responsibility Project supported by Liberty Mutual. It makes the point that we are individually responsible for doing the right thing. It's not somebody else's job. I think the worst thing about government is that it destroys our innate capacity for compassion. Even, tragically, the compassion of those employed by the government. Though not always, as this compelling story by Jeremy Adam Smith relates.

But the inevitable demise of zombie governments everywhere will release us from their grip and free us to be fully human again. And if that doesn't work we can always vote for George Romero as Taoiseach ...
Posted by Gerard O'Neill at Monday, May 11, 2009