The Economics of Deferred Gratification 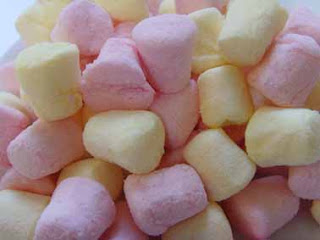 A famous experiment in the 1960s involved a group of 4 year olds who were given a marshmallow. They were then left alone in a room having been told they could have a second marshmallow if they just waited 20 minutes before eating the first one. The story goes that those children who did wait 20 minutes then went on to do better at school, be more successful in their careers, report greater levels of happiness, and be less likely to divorce (I exaggerate only slightly!)

The experiment was all about deferred gratification - that quintessentially middle class virtue. Deferred gratification is what gives us the savings that are in turn loaned by banks to businesses who create jobs and wealth; the pension funds that keep us comfortable in our old age; as well as the willingness of parents to invest in their children's education. Without it we would all be a great deal poorer. Deferred gratification may well be the most powerful force operating in the economy: though perhaps the least acknowledged.

The bad news is that deferred gratification isn't what it used to be. Indeed, it appears that the demise of deferred gratification may have been partly responsible for the credit crisis (deferred gratifiers don't max out their credit cards nor take out sub-prime loans). Another consequence of this demise has been the collapse in birth rates in many developed countries and a growing number of developing countries. As The Economist reports this week in a brilliant Survey of Ageing Populations, fertility is now below replacement levels in over 70 countries, which together account for nearly half the world's population.

But surely falling birth rates are the ultimate indicator of 'deferred gratification'? Yes and no: 'yes' in terms of the conscious decision by millions of couples to postpone having children - or not to have them at all (as in the case of a quarter of all German women now in their 40s). 'No' because the decline in birth rates has nevertheless been accompanied by a massive increase in pre-marital sex - reversing the practice in most societies before the invention of effective contraception. As illustrated in the graph below:

It comes from a fascinating paper on Social Change: The Sexual Revolution by economists Jeremy Greenwood and Nezih Gunery. They note that:

... Improvement in contraceptive technology may also partially explain the decline in the fraction of life spent married for a female from 0.88 in 1950 to 0.60 in 1995. This is due to delays in fi…rst marriages and remarriages, and a rise in divorce. Historically, the institution of marriage was a mechanism to have safe sex, among other things. As sex became safer, the need for marriage declined on this account.

The contraceptive pill will be fifty years old next year (it was approved for use in the United States by the Food & Drug Administration in 1960). Nearly half a century later we are still coming to terms with the consequences of a remarkable technological innovation and its wider social, cultural and economic impact. Including the fall in birth rates (not all attributable to the pill obviously), and the huge problem this is creating in terms of supporting ageing populations around the world.

Sticking with the economic impact, we are faced with a growing debate about the role of personal consumption in driving global economic recovery. The argument goes that high saving, high exporting countries (Germany, Japan, China in particular) need to save less and consume more in order to facilitate a 're-balancing' in the global economy. But it isn't going to happen: these countries are ageing faster than many others and - if anything - have an incentive to save even more and spend less. Deutsche Bank's Norbert Walter has argued recently in relation to Germany's imminent labour shortage due to its ageing population that:

In order to create a cushion for that period we should continue to generate current account surpluses and use the corresponding savings now to specifically finance infrastructure investments in emerging markets and developing countries, so that the recipient countries become more productive. They can then help us to finance our import surplus from 2015 onwards via dividend payments on these high-yielding investments. Germans should not indulge in overconsumption now and then have to endure poverty in old age.

So he's calling for more deferred gratification - not less!

Here in Ireland the forthcoming Commission on Taxation looks set to reduce the incentive for deferred gratification by reducing tax relief on pension contributions. It may even go further and compound matters by taxing child benefit without any compensating measures to encourage married couples to have children via the tax system. It might make sense in the short term ... but in the long term it will only accelerate our convergence with demographically-challenged countries like Japan and Germany.

Are there any silver linings in all this? Well it seems from another economic study that older people adopt more of a 'live for today' attitude as they get older - increasing their marginal propensity to consume (ht Geary Behavioural Economics Blog). So with a bit of luck the demise in deferred gratification that gave us the ageing population problem in developed countries might at least partially solve itself due to the 'spendthrift' nature of the generation now retiring.

Of course, if they leave nothing to their children then there might not be any grandchildren ...