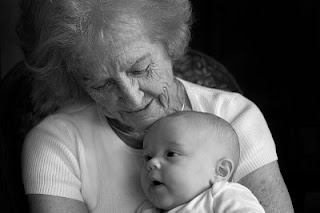 I've just read a fascinating essay on The Economic Problem of Happiness: Keynes on Happiness and Economics by Anna Carabelli and Mario Cedrini. It is a meditative piece on one of Keynes' own essays - the famous Economic Possibilities for Our Grandchildren. The one where he expresses the hope that economists might become like dentists! Here is one, famous passage:

I see us free, therefore, to return to some of the most sure and certain principles of religion and traditional virtue‑that avarice is a vice, that the exaction of usury is a misdemeanour, and the love of money is detestable, that those walk most truly in the paths of virtue and sane wisdom who take least thought for the morrow. We shall once more value ends above means and prefer the good to the useful. We shall honour those who can teach us how to pluck the hour and the day virtuously and well, the delightful people who are capable of taking direct enjoyment in things, the lilies of the field who toil not, neither do they spin.

A passage that reflects the earlier, philosophical leanings of Keynes, as noted by Carabelli and Cedrini. But what struck me - reading both essays - was how negative Keynes was towards the worlds of business, markets and capitalism as a source of personal satisfaction and fulfilment. Even though he was writing in the depth of the Great Depression, Keynes saw the long term goal of economic growth to reduce the need for people to work (sharing out what little work there remained among those still willing to do it).

This meme of 'work makes you miserable' (not least because it induces other bad habits such as buying things you don't really need) is as virulent as ever: hence the success of psycho-babblers like Oliver James, and the nonsense-on-stilts of Work Life Balance Days. Admittedly the recession is causing more than a few to rethink the role of work in their lives. Moreover, the daily experience of work for most people is that it is a source of considerable fulfilment and satisfaction. Not all the time in every regard - but enough to make most people quite content with their working lives and determined to make the most of them.

Some readers of Keynes' essay have since quipped that his vision of the future was akin to one in which everyone was member of their own Bloomsbury Set. The point being, I guess, that one person's idea of the good life might be another person's of the tediously dull. Which maybe goes to show that there's no pleasing some people, like this chap ...