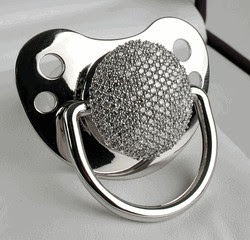 Are you sick and tired of being sick and tired? Sounds like Recession Fatigue. I first came across it in the early 1990s (that's two recessions ago for our younger readers). One psychologist writing about the UK recession back then described the symptoms as follows (pdf):

• a growing sense of frustration, uncertainty, disappointment and ineffectiveness, often described as a sense of losing control.
• increasing tiredness, confusion, and malaise, feeling punch-drunk with too many problems to solve.
• a feeling of personal isolation from family and friends at home and work.
• a sense of inadequacy in family life due to lack of time/money to maintain former lifestyles.
• a personal dilemma between the temptation to quit or give in to despair, and the courage or “bottle” it takes to hang on and keep trying.

I suspect more than a few of us have experienced some or all of these symptoms in recent months. But there comes a time - for the vast majority of people still in jobs, and still receiving regular salaries and wages - when you can only take so much of the constant mood music of doom and gloom and you need to escape ...

Which is why I am beginning to suspect that Irish consumers might just play a bigger role in Ireland's economic recovery than we are giving them credit for. A lot of the analyses of the Irish consumer assume:

a) they are all up to their neck in debt, and
b) consumer spending will be the last thing to recover until unemployment has fallen.

Both assumptions are wrong. In fact, the majority of adults in Ireland have no debts: 60% according to a recent report on Financial Capability from the Central Bank. The problem of private sector debt is actually a problem of developer debt: a small number of individuals have enormous debts, alongside a small minority with debts arising from second mortgages. The majority have no debts, not even credit cards. If anything, it appears that consumers save too much, rather than too little.

Regarding the second assumption, my own analysis shows that consumer confidence picks up when spending levels off - it doesn't have to fall back before confidence rises. Simply put: once unemployment levels off, those in jobs assume they have 'dodged the bullet' and start spending again.

Moreover, some research by my own company has seen a sharp fall between April and May in the percentage of adults who think that 'the economy is bad and getting worse' (though they're still the majority), and a commensurate increase in the percentages thinking 'the economy is bad but stable/bad but showing signs of improvement'. It doesn't amount to a field of green shoots, but it might just suggest that a growing minority of consumers are tired of recession fatigue and starting to loosen the purse and wallet strings. And maybe it's because they realise that this time is not different.

Of course, in the current climate, we won't see too much conspicuous consumption, but maybe some of the inconspicuous type (though 'seeing' it will be a challenge).
Posted by Gerard O'Neill at Wednesday, June 17, 2009