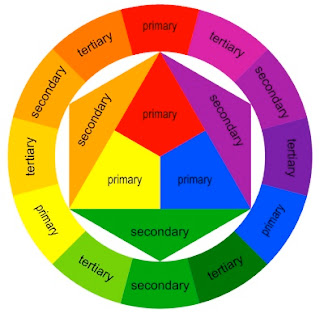 Green is a secondary colour: it's what you get when you combine yellow and blue. Right now, the Greens are going through the political prism and it looks like they're separating out into blue (Fine Gael) and yellow (independents). Though a bit of red seems to have gotten into the original mix as well somehow ...

Take my own local constituency of Dun Laoghaire Rathdown. Last time round we elected four Green Party councillors - this time we elected none. Not a one. The Greens benefited in previous elections from what I think of as the 'fashion vote'. It was the vote that boosted the PDs back in the days when taxpayers wanted their voice heard; once heard they were duly dropped (I appreciate there were a few other factors involved). Likewise with the Greens, when taxes were low and we didn't even mind a plastic bag tax then the 'fashion vote' was on the side of the eco-angels.

Not no more. Harsh economic reality puts fashionable frills in perspective. The Greens will be buried at the next general election: and if they get (to be seen) to introduce extra taxes such as a carbon tax then they will be buried very deep indeed (hopefully in a recyclable coffin ;-) Their demise is inevitable as they were always a single issue party ('the environment') and they were always going to stumble when economic issues came to predominate the political agenda. Ironically it was economic affluence and all that rampant consumerism that made the Green Party appealing. But now recession is doing more to reduce our carbon footprint than replacing any number of light bulbs the appeal of their agenda has disappeared faster than the queues outside show houses.

Nevertheless I will regret the demise of the Greens. Mainly because - of all the political parties - they are the only ones to ever seriously addressed Ireland's energy agenda. Unfortunately energy is subservient to their climate change agenda and so the latter drives responses to the former. Hence the lunacy of proposing that Ireland passes a Climate Change Law similar to the UK. One that will require us to shut down the economy to avoid to what increasingly looks like mild and manageable climate change, should it eventually happen. As such, an Irish Climate Change Law will go down in history as the longest suicide note in history - or at least the second longest.

Though I doubt Fianna Fail will want to be co-signatories after last Friday's results.
Posted by Gerard O'Neill at Sunday, June 07, 2009