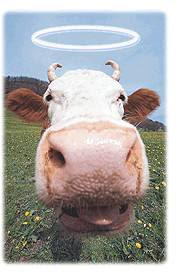 The Irish Academy of Engineering are likely to upset most everyone with their latest report: Review of Ireland's Energy in the Context of The Changing Economy. There is hardly a sacred cow that left unslaughtered in their report. And like most engineering analyses it is precise, logical ... and quite convincing.

The following cows are put through the IAE abattoir:
It's a plan that assumes we will be a long time getting back to the type of growth trend that warranted a significant expansion of electricity generation capacity until quite recently. Engineers making economists look like raging optimists - who would have thought?

They sensibly call for the removal of the legislative ban on nuclear energy (so that it can be properly considered - not necessarily adopted if the economics don't make sense). And they have a robust focus on making sure the consumer/taxpayer does not end up paying for policy decisions by government in cahoots with the energy sector that are driven by ideology and lobbying rather than by what is robust and affordable.

One other sacred cow taken to the slaughter house is that of green jobs. In relation, for example, to ocean energy and jobs they note:

the Academy cautions against excessive optimism concerning the creation of long term manufacturing jobs associated with these technologies. Ireland is a small market with high labour costs and little tradition of mechanical engineering manufacture. It is always likely to be more successful in creating jobs with a high intellectual value.

Wise words, not least because of experiences elsewhere. For example, Professor Gabriel Calzada has analysed the impact of Spain's renewable energy drive on jobs and found that:

they often are temporary and have received $752,000 to $800,000 each in subsidies -- wind industry jobs cost even more, $1.4 million each. And each new job entails the loss of 2.2 other jobs that are either lost or not created in other industries because of the political allocation -- sub-optimum in terms of economic efficiency -- of capital. (European media regularly report "eco-corruption" leaving a "footprint of sleaze" -- gaming the subsidy systems, profiteering from land sales for wind farms, etc.) Calzada says the creation of jobs in alternative energy has subtracted about 110,000 jobs elsewhere in Spain's economy.

We need more sober thinking like that of the IAE if we are to avoid compounding the economic policy mistakes of the past decade with energy policy mistakes over the next decade.
Posted by Gerard O'Neill at Friday, June 26, 2009