Tax the Tall, Not the Fertile 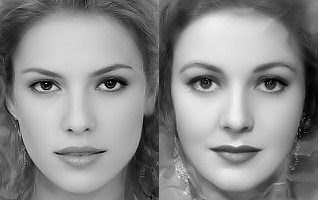 The leaks have started. We are being prepared for the forthcoming recommendations by the Commission on Taxation. The Sunday Business Post has given us a flavour, including:
The property tax is clearly the big one: Ronan Lyons estimates such a tax could raise €4 billion for our cash-strapped government. Ronan is a fan: I'm not so sure myself - I think taxes, if we must have them, should be based on flows (income/interest/inheritance etc) rather than assets. Especially assets that might not even provide a flow of income (such as family homes).

The Commission's terms of reference note the Government's commitment in its programme to "increasing the fairness of the tax system". Fair enough - but why stop at property? If we want to tax assets that do provide significant income advantages to the asset holder then we should tax tall people and beautiful people. One recent, somewhat tongue-in-cheek analysis of the impact of height on earnings capacity suggests that optimally set taxes on tall and medium sized people could lead to transfers of up to 13% of their income to short people. But why stop there: some have suggested that human growth hormone should be given to the siblings of short people as a matter of social policy designed to reduce income inequality. And not just income inequality: there is a significant, negative correlation between the height of Irish women and the incidence of depression.

But if taxing tall people is not to your taste (nor that of the Commission), then why not tax beauty instead? A long term study (pdf) by Harvard University has shown that attractive people enjoy higher incomes - other things being equal - than less attractive people. Robin Hanson has suggested that the logical extreme of such findings would be to tax beauty products as they provide unfair advantages to users by way of enhancing attractiveness.

Isn't it weird where you end up when you start thinking about tax and fairness?

Don't worry, I'm not really suggesting a tax on make up. Anyway, as the picture above shows, our concepts of beauty (in women) have changed markedly over the past fifty years - as noted by Roissy in DC (n.b.: his are witty and very explicit musings on the life of the single male in Washington DC - personally I'd rather be helicopter-dropped into the middle of the Serengeti with nothing but a catapult than take that on ...)

But on a more serious note, we should think long and hard about the second and third order effects of measures such as taxing child benefit payments simply to reduce expenditure (rather than as part of a coherent set of child-centred policy measures). Countries like Latvia (and Iran as it happens) are in demographic freefall due to collapsing birth rates. In the case of Latvia, the economic crisis appears to be the main culprit - and recent decisions there to cut child benefit are likely to make a disastrous situation catastrophic. We have been warned.
Posted by Gerard O'Neill at Tuesday, June 16, 2009