A Region Once Again 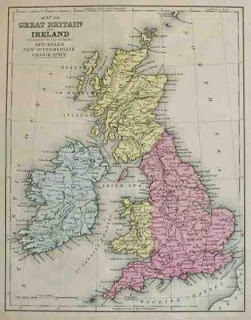 Sometimes it's the small things that catch your attention. Like the letter I got yesterday from Sky telling me about 'changes' to my subscription payments - as in, the upward only type of change. It's never nice to be told in these deflationary times that the price you pay is going up, like it or lump it. I guess I'll be rethinking my Sky packages as I'm sure will many of their 580,000 or so subscribers in Ireland (estimates from Comreg, figure 5.1.1).

But that wasn't the thing that struck me. Rather it was a supplementary notification about VAT changes planned for January 2010. The letter explains:

Earlier this year, we reduced our prices following the government's VAT cut. As the government has announced it will increase VAT back to previous rate of 17.5%, from 1st January 2010, your monthly subscriptions ... will increase ... from this date onwards.

My first reaction was one of amazement that I had completely missed a government initiative to help Ireland progress towards the smart economy by cutting vat on digital services. Then I thought how stupid of them to put VAT back up again ... and then I realised I was being stupid: the letter was referring to the British Government of course.

Now none of this is to beat up on Sky as such - I've tried competing subscription TV services and I won't be switching away any time soon. And the fact that they're using their Irish sales figures to boost their numbers to potential investors/advertisers in the UK is a common enough practice - Tesco and most UK newspapers with Irish editions do the same thing.

Still, it makes you wonder - as it does Stephen Kinsella - whether Ireland can be thought of as a country, as an independent economic actor if you will, when we are subject to so many external factors beyond the control of the Irish government? Like VAT on satellite TV subscriptions?