In the Long Run, We're All Broke 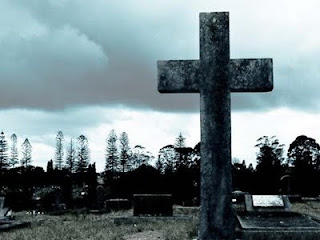 When Keynes coined his famous quip "in the long run, we're all dead", he was probably thinking of Gompertz Law, eloquently described thus:

a reference to the long-term economic value of the property comprised in the security for a credit facility that is a bank asset is a reference to the value that the property can reasonably be expected to attain in a stable financial system when current crisis conditions are ameliorated and in which a future price or yield of the asset is consistent with reasonable expectations having regard to the long-term historical average.

'Reasonable expectations' - all very reasonable. But what are reasonable expectations right now about the long term global economic outlook, let alone Ireland's? As a recent US Census Bureau report points out, some time in the next 10 years the global number of over-65s will be greater than the number of under-5s for the first time in human history. America is already beginning to fret about a leaner boomer economy as the boomer generation retires in ever greater numbers, curbing their spending and drawing down their savings (what little they have). Some even speculate that the shock of the recent economic crisis, combined with demographics, may well herald a new 'post-consumerist' America: with inevitably lower economic growth rates.

Closer to home there are some who worry that our largest trading partner - the UK - may be in for a generation-long period of economic stagnation due to:


● The fact that the economy will take a few years to recover in national income terms.
● The “reconstruction” that households need to undertake to their balance sheets due to the high level of consumption.
● The higher level of saving that the next generation will probably undertake (certainly relative to recent levels of zero).
● The growth in government spending and regulation that will lower trend growth rate.
● The servicing of the huge level of government debt.
● A welfare and tax system that (relatively speaking) penalises those who save and, more generally, make proper provision for their children - something that will continue to lead to high levels of workless households with children.
● The ageing of the population (which will really begin to bite when the other things are sorted out - if they are sorted out) and all that implies for state pensions, public sector pensions and state spending on health.

So it would be brave indeed to assume that the long-term economic value of any Irish asset, property or bank for that matter is higher than its market value right now. Don't get me wrong: I'm all for painting positive pictures of the future - belief in progress, after all, is a healthy antidote to the existential threat of death. I would just like the government to take long run gambles that even Keynes or Gompertz would have thought stood a chance of success.