One Renaissance Was Enough 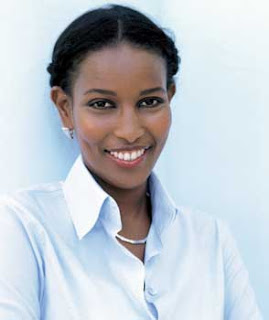 I recently listened to a fascinating and inspiring interview with Ayaan Hirsi Ali over at Point of Inquiry. She describes her own personal journey from a strict Muslim upbringing in Somalia to her life today in the West (including police protection because of her outspoken criticisms of the treatment of women in many Muslim countries).

In the course of the interview she is asked why there wasn't a Muslim equivalent to the Renaissance which lead to the emergence of a secular state in the Christian West. Ali sets out some of the most common explanations, e.g.: Sharia law never allowed for a separation of Church and State the way such a separation existed from the conversion of the Roman Empire onwards in the West. So there was no 'gap' in which a secular, scientific 'revolution' could take place in the Islamic world (nor is there one yet in those Islamic countries run effectively as feudal fiefdoms).

It's a debatable point of course (debatable, that is, if you have the good fortune to live in a country where airing such views doesn't earn you a visit from the Mutaween). Indeed, Islam may not have had its Renaissance but it came close enough thanks to the role Muslim philosophers played in preserving, translating and ultimately re-introducing Greek philosophy to the Christian world via Spain.

But what struck me listening to Ali was that it doesn't matter - we've already had the Renaissance - and the world has been changed forever because of it; and not just the formally Christian parts. Indeed, it is right to think of Christianity as one of the six pillars of Western Civilisation. So whether Islam eventually has its own Renaissance is, for all practical purposes, irrelevant. Though this is not dismiss the need for reform in many Muslim countries, not least an end to their grotesque misogyny (for example: female circumcision) - which Ali herself suffered and discusses in the interview.

Nor is it to ignore the fact that Muslim extremists - many of them educated in sciences developed in the West - have used the same knowledge and technologies to attack the West. But their attacks are, relatively speaking, trivial: they do not and cannot threaten the survival of Western Civilisation (or even a single country for that matter) in the way that, say, the Soviet Union of old might have.

The real threat, of course, is from how the West responds to the 'threat' of extremist Muslims. In particular, as Christopher Caldwell and others have argued, the great post-war European project of integration quickly mutated from European universalism to European provincialism once significant immigration (especially from Islamic parts of the world such as Turkey, Pakistan and North Africa) got under way:

Europeans who considered churches houses of stupidity, sexism, and superstition didn’t know enough about mosques or ashrams to form a judgment, and left them unmolested. They abolished the old and much-mocked nationalistic school lessons about the virtues of nos ancêtres les gaulois, but absorbed the new lessons about the virtues of other cultures, and the justice and nobility of exotic political causes, with a childish credulity. Immigrants could indulge certain comforting prejudices and myths that natives would be disciplined, chastised, ostracised, or jailed for indulging. Effectively, diversity meant taking old hierarchies and inverting them.

Yet I feel there's a sense of 'that was then, this is now' about much of the debate about Europe and its alleged Islamic future. Maybe it's to do with the worldwide economic downturn, and maybe even with the legacy of Iraq and Afghanistan, especially in those countries with troops serving there. But I find the idea of an 'Islamic threat' to the West to be increasingly ridiculous. The grim economic, social and political problems now facing many Muslim countries (especially Arab countries) certainly does not bode well for the Middle East (nor for the millions of men and women there who wish for and could build a better future for themselves and for their children if they had some of the same options we take for granted in the West).

Indeed, it increasingly looks like Europe's future will be distinctly Christian - though we're talking a special kind of secular Christianity, as noted by Philip Jenkins:

The result has been a rediscovery of the continent’s Christian roots, even among those who have long disregarded it, and a renewed sense of European cultural Christianity. Jürgen Habermas, a veteran leftist German philosopher stunned his admirers not long ago by proclaiming, “Christianity, and nothing else, is the ultimate foundation of liberty, conscience, human rights, and democracy, the benchmarks of Western civilization. To this day, we have no other options [than Christianity]. We continue to nourish ourselves from this source. Everything else is postmodern chatter.” Europe may be confronting the dilemmas of a truly multifaith society, but with Christianity poised for a comeback, it is hardly on the verge of becoming an Islamic colony.

Europe is in better shape than its chattering classes sometimes realise: even our birth rates are steadily rising (pdf) - surely a good sign for the future?

Luckily for us - and for Ayaan Hirsi Ali and other brave women and men like her - the Renaissance only needed to happen once. And it did, in the Christian West. Ali, you, me and billions of others have benefited from that fortunate historical event, and continue to do so. And so eventually will all our fellow human beings living under the gaze of the Mutaween - please God, Allah, Buddha or the Big Bang, whichever you prefer.
Posted by Gerard O'Neill at Thursday, August 20, 2009