Let's Kill All The Lawyers 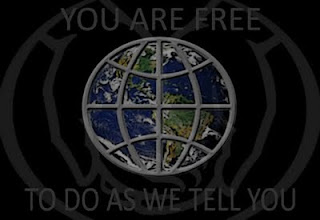 The first thing we do, let's kill all the lawyers.
William Shakespeare

The line - from Henry VI Part 2 - is a send up of anarchism and the idea that the first item on the agenda, so to speak, is to kill all the lawyers 'when the revolution comes'. Though oddly enough, a growing number of people on the Left as well as the Right are beginning to think that 'killing' a few laws - rather than lawyers - might not be such a bad thing. Including killing the impetus to impose even more laws on the citizens.

Imagine my surprise when I came across an article on how the nanny state is turning parents into kids not in the G&T soaked columns of the Daily Telegraph but in The Guardian of all places. They've even got an entire section on their website called Liberty Central. What's going on?

It's beginning to look like our neighbours across the water have had enough of CCTVs and the prying state, and may, according to The Guardian, be turning Libertarian. It seems that four fifths of UK adults now agree that the state has too much say in what people can and cannot do. And not before time. The Nanny State that set out to 'nudge' us into behaving properly is increasingly not even giving us the choice. We have our own version of this in Ireland in the form of inane policies on alcohol.

Nor is it just the New Labour Left that is dis-illusioned with the Frankenstein monster of creeping statism that they have unleashed. It's also happening across the Atlantic among Democrats. As Walter Russell Mead observes in the wake of their recent healthcare furore:

But there is, I think, a cold dark fact at the heart of this that means trouble for incumbents of all kinds, but especially for Democrats. The fact is that the liberal society we've built since the New Deal looks less and less capable of honoring its promises. It's not just Medicare and Social Security; there are a lot of state governments out there that have no way of paying for all the pensions they've promised their workers over the years -- and no way to pay for all the services they've promised the voters. Private sector labor unions seem to drive jobs overseas or to saddle their employers with unpayable costs. Public sector unions drive state and local governments into fiscal dead ends as well. People look at public schools and the postal system and they don't see much sign that the old institutions work very well. ... And if liberal society can no longer deliver the goods, people don't want to pay its bills.

It's not just the money and it's not just liberals who need to worry. As the promises of the liberal society look increasingly shaky, the experts and the professionals and the think tanks seem less and less worthy of respect. The 'experts' -- including me -- generally supported the war in Iraq. 'Experts' were confident about the New Economy being fail safe and bust-proof.

... It isn't a liberal or a conservative thing in the end. It's that the American people are losing faith not only in the promises of the liberal society but in the experts and the professionals who design, administer and explain it. Increasingly, the lower middle class and the middle middle class want to fire the snooty upper middle class know it alls who collectively have gotten the country into such a mess.

And there's the rub. We are losing faith in experts - the 'know-it-alls' - our modern day equivalent of 'the lawyers'. Frank Ferudi has an insightful take on the tyranny of expertise:

While this professionalisation of everyday life has been a distinct trend from the outset of modernity, it has grown at a breathtaking pace since the 1960s, with professionals systematically expanding the range of personal issues that demand expert knowledge. Today, every aspect of life from birth through to school and career to marriage and mourning is subject professional counselling. We live in an age of personal trainers, mentors and facilitators. Until relatively recently, the professionalisation of everyday life was contained by the belief that the problems of the private sphere were best left to the informal solutions worked out by people in their communities. Although the claim that the expert knew best was rarely contested, the so-called helping professions had far less opportunity to colonise private life. They were free to encroach into the life of people on the edge of society but, until the 60s, professionals had little opportunity to encroach into the private world of "normal", especially middle-class, people. One of the most striking illustrations of the influence enjoyed by experts today is that they rarely feel restrained from lecturing people on how to conduct their lives. Nor do they confine themselves to the provision of advice. Expert advice is used to legitimise government policies that have a significant effect on people's lives.

A complex, 21st century economy needs experts of course. But what we don't need is what Ferudi calls 'the manipulation of expert opinion as a smokescreen for political intervention, especially not in the private sphere.' So what is going on? In some respects the body politic is back again debating the core issues of liberty and the boundaries of the state in a free society. As John Stuart Mill observed during a period which saw the nation state - and the apparatus of the state - become the predominant political construct around the world:

Every function superadded to those already exercised by the government, causes its influence over hopes and fears to be more widely diffused, and converts, more and more, the active and ambitious part of the public into hangers-on of the government, or of some party which aims at becoming the government. ... if the employés of all these different enterprises were appointed and paid by the government, and looked to the government for every rise in life; not all the freedom of the press and popular constitution of the legislature would make this or any other country free otherwise than in name. And the evil would be greater, the more efficiently and scientifically the administrative machinery was constructed—the more skilful the arrangements for obtaining the best qualified hands and heads with which to work it.

'The best qualified hands and heads' - the problem of the experts again. However, it seems increasingly like the forward march of the Nanny State will soon be halted by economic reality. Though it won't happen overnight. As Jacob Weisberg notes in yet another Liberal Democrat's attack on creeping state paternalism:

Paternalism is the method of government activism most amenable to an impoverished public sector.

In other words it's cheaper to prevent people 'mis-behaving' than to treat the health (or illness) consequences of their choices in over-stretched hospitals.

So what is to be done? I'm inclined to let the organic, bottom-up intelligence of the free market (and the private citizens and businesses that comprise it) come up with better and cheaper solutions. If Walmart can provide a health service that's 30% cheaper than that provided by hospitals, then why not let Tesco run the HSE? And if what Colm McCarthy calls 'the racket' of medical professions object, then why not remove the need for medical credentials?